It seems that the listing was first posted before the ex-royals bought the home in summer this year for $14.7million, but it is still active.

Japan is under a nationwide state of emergency.

The trendiest house plants for 2018

Plants are only getting more popular so we compiled a list of the best options for your home. From aesthetic to care levels, here's all the tips you need.

Almost six in 10 British households have admitted having to make 'significant financial sacrifices' during the festive period.

This year marks the 126th anniversary of the world's most prestigious dog show, with competitors travelling from across the globe to take part in the event.

We feature just some of the 2,800 dogs competing for the top prize in the 141st Westminster Kennel Club dog show in New York

The move is to help offset the negative effects Ikea UK faces from the decline in the value of the pound.

Lidl is scrapping its 5p bags next year in favour of thicker 9p versions but the UK seems happy to bring its own.

After closing all of its high street stores this year, BHS returns with its best-sellers - lighting and home furnishing.

Where to head to make the most of the capital's design festival this week.

Is this the smallest flat ever? Man lives in a 40 square foot cubbyhole

'Phantom of the Opera' flat is so small, the tenant can barely stand up. 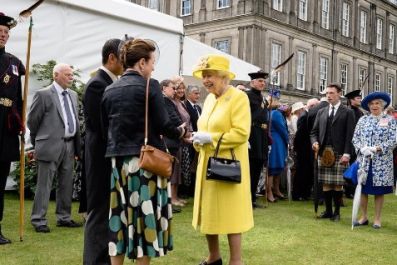 Holyrood Week: Queen shines in vibrant yellow as she receives gift from Sturgeon at garden party

Her Majesty looked relaxed in yellow as she met with guests and received a birthday gift from Sturgeon
Kate Middleton, Princes William and Harry transform Princess Diana's Kensington Palace home
Wine for cats – Pinot Meow and MosCATo non-alcoholic catnip served up by Apollo Peak
Tesco sells Dobbies for £217m to consortium led by Midlothian Capital Partners and Hattington Capital
IKEA's iconic blue shopping bag gets a designer makeover
Chelsea Flower Show 2016: Everything you need to know
Designer dogs enrage RSPCA: But are Lyst's canine accessories more bark than bite?
Queen's 90th birthday: The best celebration collectables and memorabilia to mark the event
Sainsbury's to tackle Amazon and Tesco online by hiring 150 digital employees
Latest News
Robert de Niro gets the green light to open boutique hotel in Covent Garden
International Cat Day: There is an island where you can go and play with hundreds of kittens
Ikea want you to stop taking photographs of your food
UK Housing: Most affordable places for first-time buyers, who have increased 10% since 2015
Ikea to recall about 1.7 million chests and dressers in China
London has a nap station: Meet the men from Eve Sleep who are trying to get you into bed
Editor's pick