The guard punched, kicked, and then dragged the woman by the leg out of the establishment.

A victim said that Bradshaw's actions made her hate a lot of things, like alcohol, menthol, and Halloween, as it reminded her of him.

The 35-year-old insisted to the court that he was a "peaceful and kind person."

The monarch was previously photographed in the exact same spot with her friend Margaret Rhodes.

The hospital removed a "chunky, pointed lump of lead designed to rip through a tank's armour" from the patient's backside.

The suspect violated over 100 victims aged between nine to 100

The corpse belonged to a teenager who was reported missing last week Friday in Lanarkshire, Scotland.

Meanwhile, a lawyer appearing for Ghislaine Maxwell likened Epstein to a "21st-century James Bond" during the trial.

The police officer based in East Hertfordshire only had two years of service with the force.

The animal had locked its teeth on the child's leg and would not let go until police had to shoot it dead. 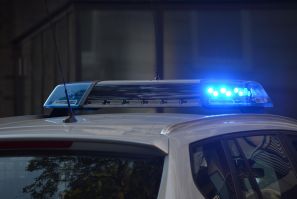