David Davis quits as Brexit secretary in blow to May

May claims victory as UK weighs up her 'soft Brexit' plan

Britain's prime minister presents her solution to the seemingly intractable problems of Brexit.

Aviation giant Airbus doubles down on Brexit warning to UK.

BAE's Type 26 Global Combat Ship will be the design for the frigate programme to replace the eight aging Anzac-class frigates, which have been in service since 1996.

The end of the fast of Ramadan was cause for a massive celebration in Small Heath, Birmingham.

Wearing scarves in the colors of the suffragette movement, women marched through London, Edinburgh, Cardiff and Belfast.

How Britain can remain a soft power superpower after Brexit

The UK shouldn't underestimate the ability of its artistic and cultural material to have a powerful diplomatic effect.

If the government is truly committed to keeping executive pay in check, it shouldn't leave it to companies to distribute their wealth more fairly.

Splits within British government deepen over the UK's future economic relationship with the European Union. 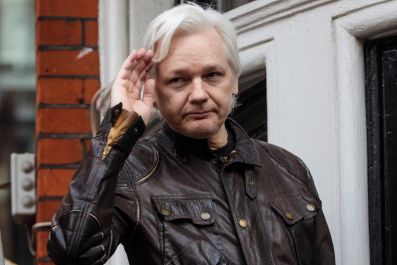 The government of Ecuador has confirmed that it has cut off internet access in its embassy in London to Julian Assange
Theresa May urges EU unity against Russia as Boris Johnson plays the Nazi card
Facebook having nightmare week as pressure mounts over Cambridge Analytica
'Predatory' fantasist raped woman then filmed her cleaning up her own blood in hotel room
Thug climbed through window to pummel pensioner with metal pole after arguing with her son
Thomas Cook must recognise the cruelty of SeaWorld's orcas, says world-famous explorer
Russian bear vs the British lion: The Kremlin hits back over the Sergei Skripal nerve agent murder bid
Policeman injured in Russian nerve agent assassination bid on former spy Sergei Skripal now talking
Woman's DNA found on Marvel sweatpants and lightsaber after being raped and set on fire
Latest News
UK housing crisis: The British family needs to embrace apartment living
The business of giving: Why corporate philanthropy is more than just good PR
Ex-Cambridge Analytica CEO lied, says academic
Cambridge Analytica ex-CEO refuses to testify in UK
Why do 99% of cybercrime fraudsters escape justice in the UK?
Yulia Skripal discharged from British hospital: Report
Editor's pick