What Would Happen to Bitcoin if there is No Electricity?

Bitcoin is a digital currency with a robust infrastructure comprising various hardware types, requiring a lot of power to run.

Benefits of Using Bitcoin to Travel the World

Most people think Bitcoin is suitable for traders and investors only. However, more and more people are embracing this cryptocurrency.

How Bitcoin Will Alter the Business World

Many people associate cryptocurrencies with profiteering and speculation.

How Bitcoin Can Enhance the Growth of Your Business

Bitcoin was the first decentralized virtual currency without a regulatory or administrative system or a central bank.

Gold price hike pushes Bitcoin up by $1,000 amid economic uncertainty

Bitcoin prices reportedly reached a high of $11,000 but dropped back to approximately $10,800 shortly thereafter, which is still a remarkable growth.

This was reported by Scam Alert alongside Whale Alert via its new 'crime reporting, tracking and analysis' platform.

Even renowned hedge fund manager Paul Tudor Jones believes a bullish turnout is in the making for Bitcoin.

Big Blue is part of the team that will help develop a blockchain network to trace prescription drugs.

A new era of cryptocurrency investment is upon us

It's hard to imagine what the future of cryptocurrency will look like in a year's time but the sector is professionalizing quickly.

We have to treat blockchain as a precious commodity so we don't damage it before it can show its value.

A new gold standard in the age of blockchain 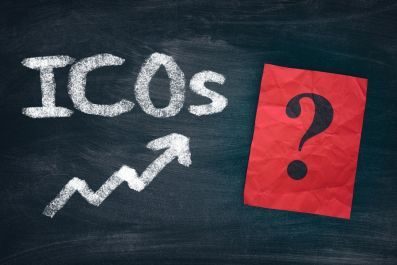 Messari: Building a Bloomberg for the crypto-asset universe

Messari just closed a seed round led by Anthemis Group, Blockchain Capital, CoinFund, Digital Asset Investment Company (DAICO) and Matthew Roszak.
Ethereum: Adapting security tooling to blockchain-built software
Thank you, Kanye: Music could be one of blockchain's biggest beneficiaries
How blockchain and biometrics are set to empower users
Kleros: Ethereum smart contracts meet ancient Greek legal democracy
How blockchain will put an end to TV and film piracy
Blockchain can bring new light to the dark arts of the advertising world
Smart contract experts Ilya Sergey and Evan Cheng join Zilliqa as advisors
Blockstack announces another token sale - this time open to all investors
Latest News
Blockchain Pioneer Lisk on the philosophy of decentralisation
Top 10 Trends for Blockchain Technology in 2018 and Beyond
From airfare, energy and onto packaging: Blockchain helps industries go green
Blockchain: An evolution in venture capital investment
Decentralizing Stablecoin: The way forward for cryptocurrencies
Why blockchain PR is more important than ever
Editor's pick