Further Pain In Store For Asian Currencies After Turbulent First-half

Asian currencies will wallow in the near-term, analysts forecast this week, with any respite from their first-half losses only likely to come in the form of proactive policy normalization by regional central banks combined with a Chinese recovery.

Hedge fund Elliott Associates and Jane Street Global Trading are suing the London Metal Exchange for up to $500 million after the LME cancelled nickel trades on March 8 when prices soared to record highs above $100,000 a tonne in chaotic trade.

With mounting uncertainty around the U.S. economic outlook and the resulting slump in financial markets, Wall Street is easing up on hiring after a recruiting frenzy last year.

A growing group of countries are likely to see their credit ratings come under pressure as rising global interest rates hit already-stretched finances, one of the world's biggest rating agencies, S&P Global, has warned.

The North Sea's biggest oil and gas producer, Harbour Energy, has told the British government that Britain's planned windfall tax on the energy sector will shrink the company's investment in the country.

Markets were rocked last week by a fierce selloff after the US Federal Reserve's sharp interest rate hike -- the biggest in nearly 30 years -- and a warning of more to come as inflation soars.

Drivers around the world are tolerating record-high prices for road fuels, as mobility wins out for now over other spending in squeezed household budgets, data showed.

The sea mines floating between Ukraine's grain stocks and the world

As the United Nations tries to broker a path for grain from Ukraine and temper worries about a global food crisis, hundreds of mines laid along the Black Sea present a practical nightmare that will take months to resolve even after any agreement. 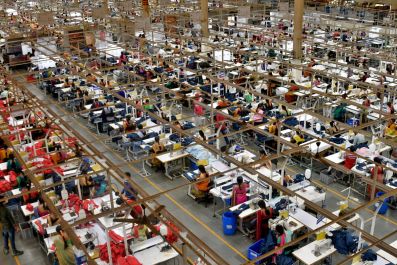