Volkswagen's Spanish brand CUPRA will launch three electric models by 2025, including what would be its first fully electric vehicle to be made in Spain, CUPRA said on Tuesday.

Bolt owners are currently instructed to park them outside for the meantime until Chevrolet confirms the issue has been resolved.

The distiller behind this Tesla Tequila is Nosotros Tequila, which also retails its own branded spirits priced at $40 to $45 per bottle.

Experts from the Center for Automotive Research presented a study that shows a significant drop in road mishaps if Tesla's Autopilot platform is used.

Sydney Galmatic reached out to the school in its efforts to help equip Australian women with these vital life skills.

The original version of the High Mobility Multipurpose Wheeled Vehicle was used by the United States military in 1985.

Ahead of the Air's launch, analysts have projected that it would pose a serious competition to Tesla's sedan.

The Tesla Roadster in question and its dummy driver named "Starman" was the iconic payload during the debut launch of SpaceX's Falcon Heavy rocket in 2018.

Despite being an "embarrassingly late" feature, its implementation should please Tesla owners who wanted it in the first place.

Volkswagen ID. 4 is the marque's first all-electric SUV platform to go on sale in the US

The Volkswagen ID. 4 is equipped with a 201-horsepower electric powertrain with a 228 lb-ft torque and a range of 250 miles on a full charge. 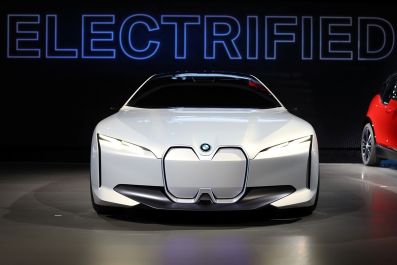