Toyota Motor shares slipped after it recalled some of its first mass-made all-electric cars, launched two months ago, because of a risk of wheels coming loose, a setback to its ambitions to electrify its model range.

Streaming platform Netflix has had to lay off 300 of its employees after it reported a decline in revenue at the start of 2022.

British Airways staff at London's Heathrow airport voted on Thursday to strike over pay, threatening disruption at one of Europe's busiest aviation hubs during an already chaotic summer for air travellers.

With mounting uncertainty around the U.S. economic outlook and the resulting slump in financial markets, Wall Street is easing up on hiring after a recruiting frenzy last year.

A growing group of countries are likely to see their credit ratings come under pressure as rising global interest rates hit already-stretched finances, one of the world's biggest rating agencies, S&P Global, has warned.

Get cracking with phasing out remaining Libor, UK watchdog says

The financial sector should not bet on remaining deadlines changing for the phasing out of the use of Libor interest rates, Britain's Financial Conduct Authority (FCA) said on Wednesday.

Major crypto firm Tether said on Wednesday it will launch next month a "stablecoin" pegged to the British pound, a move that comes as London draws up plans to regulate the fast-growing type of digital currency. 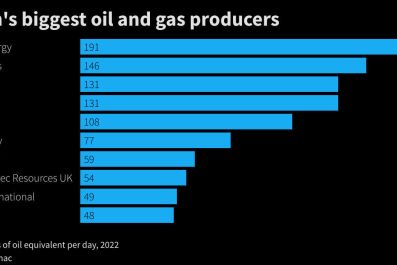