British Airways staff at London's Heathrow airport voted on Thursday to strike over pay, threatening disruption at one of Europe's busiest aviation hubs during an already chaotic summer for air travellers.

The government and the RMT were engaged in a war of words over the weekend, after the union's general-secretary Mick Lynch said strikes would go ahead as "no viable settlements" had been found to the disputes.

Airbus CEO says in discussion with Qatar on A350 dispute

Airbus is in discussions with Qatar Airways to try to resolve a bitter legal and safety dispute over the A350 passenger jet, the planemaker's chief executive said on Sunday.

After 21 years as a service agent at Air France, Karim Djeffal left his job during the COVID-19 pandemic to start his own job-coaching consultancy.

The CEO of Europe's biggest airline also dismissed threats of summer strike action by what he called "Mickey Mouse" unions in Belgium and Spain covering some Ryanair workers.

The strike would come as summer holidays get underway in European countries and a recovery in air travel following the lifting of most Covid-19 travel restrictions.

Ryanair is requiring South African passengers to prove their nationality before travelling by completing a test in Afrikaans, a language used by just 12% of the population that has long been identified with apartheid and the white minority.

Traveling is a great experience that uniquely exposes people to new realities.

British citizens planning to spend their summer holidays in the Spanish town of Benidorm may be in for a bad experience due to a staff shortage there. 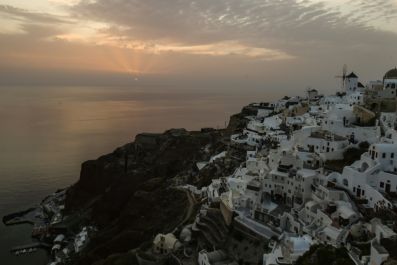 The rest of the European Union thinks it is still too soon to open borders freely to tourists.
UK PM cautious on lockdown easing as new hotel regime starts
Delta Air Lines moves to ban misbehaving passengers
Entertainment industry jobs no longer exempted from UK travel restrictions amid pandemic
Indonesia rescuers find human remains after deadly plane crash
US to require negative virus test for UK arrivals
EU starts to ease bans over UK virus strain; WHO to meet
US visa policy: Visitors from developing nations to pay thousands in bonds
Qantas to require Covid vaccine on international flights
Latest News
U.S airlines cancel 2,500 flights over Memorial holiday weekend
Vietnam opens 'world's longest' glass-bottomed bridge
All About ESTA for UK Citizens | Apply for USA Without Need for a Visa
Which Of The Casino Options For Bulgarian Customers Can We See That Are Available In Other Countries?
The 7 Biggest Challenges of Traveling for Business
New Names Begin To Dominate The UK's Best Casino Sites Ranking
Editor's pick