Voice search is an opportunity for your business – but are you making the most of it?

Google recently announced that 20% of searches on its mobile app and Android services are now carried out by voice, and this number is only likely to increase in the coming years.

Blockchain ICOs: This is the year regulators will validate security and utility tokens

Trevor Koverko, CEO of Polymath, takes stock of the 'Cambrian Explosion' of ICOs.

As fast as Lightning: Off-chain scaling solutions to improve the Bitcoin network

Jeff Garzik, Board Member & Chief Scientist of United Bitcoin, talks about the potential of Lightning Network.

UK Government and Bank of England diverge on cryptocurrency threat

Carney appeared to completely contradict a report from the Treasury which said cryptocurrency is a 'low risk' issue in relation to criminality and terrorism.

What you need to know about cryptocurrency wallets

Cardano: The nitty-gritty of next generation blockchains

The BoE chief said it is time for cryptocurrencies to meet the same level of regulation as the rest of the financial system.

Since 2014 Calastone has been investigating the potential for blockchain to support an industry wide move to a fully digital model infrastructure.

What do blockchain, artificial intelligence and quantum computing mean for smart contracts?

Kevin Gidney, co-founder of Seal Software, asks what lessons can we learn from CryptoKitties?

The Melonport AG competition saw over 700 funds created and 350 plus funds registered. 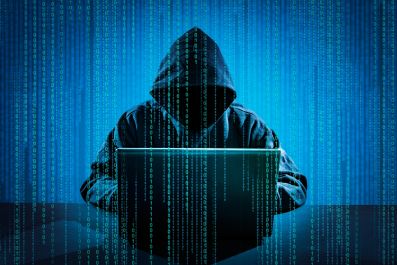 Many SMEs are at risk believing they are too small to face cyber attacks.
What gives a token value? Ushering in the 'use case' era of crypto
Pilot experience: Is there a crisis looming in the industry?
Etherparty: Building blocks of tomorrow's technology
Business and emotional intelligence: Today's soft skills are the hard skills
Solving the forking problem: Why future blockchains must upgrade themselves
UK accused of protecting tax dodging practices of its overseas territories
Credit Suisse and ING do first securities lending on R3's Corda blockchain platform
Winter for blockchain token sales? SEC swoops on ICOs
Latest News
Blockchain: ALAX allows app and game developers to reach millions of 'unbanked' consumers
Customer experience essential for loyalty schemes to thrive
Fintech: Strong authentication standards are key for delivering the promises of open banking
Cryptocurrency regulation is inevitable – and this should be welcomed
Business-for-good: a profitable startup trend?
Are we doing enough to support small business growth?
Editor's pick