If you were hoping this was all a bad dream, take a deep breath.

An upside down world of "reverse currency wars" is seeping into the real one.

Even governments in democracies with strong traditions of rule of law find themselves tempted to abuse these new abilities.

How Amazon can deliver on its promise to reduce emissions

To reduce its carbon footprint, Amazon will need to do more than leverage its influence with suppliers and carriers, address operational issues and push for more renewable energy options.

Too many airplane systems rely on too few sensors

Boeing's response to its crashes has included designing a software update that will rely on two sensors instead of one. That may not be enough.

Congressional oversight is at the heart of America's democracy

Presidential power to override Congress is limited to a very small set of circumstances.

Technological advances in the miniaturization of satellites could bring connectivity to the vast equatorial regions of the world which have benefited less than the developed world from the digital era.

Why the next terror manifesto could be even harder to track

Social media companies struggle to identify and remove hate speech when it's posted. What can computer science reveal about how hate-filled texts and videos spread online?

Boeing's response to the crisis over its 737 Max planes has made the company seem defensive and passive. A crisis management expert explains how Boeing could reclaim the narrative. 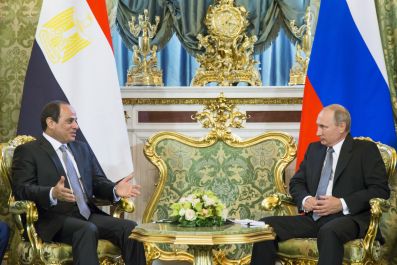 Russia's efforts to sow discord, discontent and chaos extend far beyond the U.S., including into leading media outlets in the Arab world.
Facebook Takes Another Step Into The 'Social Shopping' Market
Cryptocurrency predictions for 2019: Where will Bitcoin and others go?
Hiring with conviction: Give former prisoners a decent chance in the workplace
Do your employees need a workplace detox? Seven steps to improving a company's culture
The tale of two internets ends with a decentralized web
We must stop a minority of Brexit fanatics from holding the United Kingdom to ransom
Top talent in short supply? Data to the rescue
Bitcoin v Stablecoin: Protecting crypto investors on both sides of the coin
Latest News
Tesla's meandering energy strategy is still killing solar
Artificial intelligence must know when to ask for human help
Business with Huawei: To do, or not to do, that is the question
Prescriptive analysis in manufacturing to boost profitability
Google Is The Biggest Factor Behind Apple's Services Revenue Growth
Why The $22 Trillion National Debt Doesn't Matter
Editor's pick