Several butterfly species at risk of extinction in Britain

A report by wildlife charity Butterfly Conservation has warned that 24 species of butterflies found in Britain may soon disappear.

The floods have been wreaking havoc in the Indian state of Assam with at least eleven people having lost their lives in various flood-related incidents so far.

A study published in The Lancet has revealed that pollution caused more than 2.3 million premature deaths in India in 2019, the highest number reported from any country.

World's insect population under threat due to climate change

Several reports have suggested that the insect population is on a decline worldwide which could lead to a collapse of ecosystems.

Dehydrated birds fall from the sky amid scorching heatwave in India

The scorching heatwave that has swept India is not only affecting humans but is also proving deadly for animals. The animal rescuers in the Indian state of Gujarat have come across dozens of exhausted and dehydrated birds dropping every day in the last few weeks.

A new report by the US government's Drought Monitor has revealed that the water levels in California's two biggest reservoirs have dropped to "critically low levels." 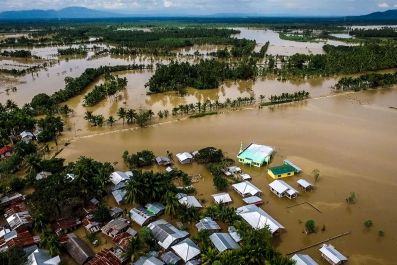