Ferrari have been advised to use team orders and back Charles Leclerc for the Drivers' championship title ahead of teammate Carlos Sainz.

Mercedes made an impressive comeback at the Spanish Grand Prix with George Russell finishing in third behind the two Red Bull drivers.

Ferrari and Charles Leclerc suffered a double blow after his retirement at the Spanish Grand Prix. Ferrari revealed that his turbo and MGU-H were beyond repair.

Leclerc retired from the lead of the race, allowing championship rival Max Verstappen to take the victory

Lewis Hamilton is certain Mercedes can fight for race wins as the season progresses after closing the gap to Red Bull and Ferrari in Spain.

Lewis Hamilton could be banned from racing in Monaco if he does not comply with the FIA's rules about sporting jewellery in the car. 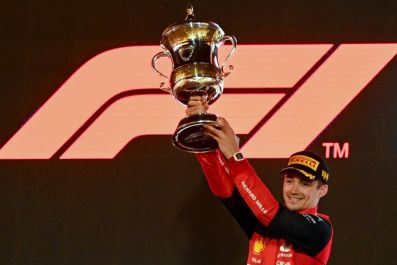