North Korean hackers ordered to make $100,000 a year for the regime - or else

A group of North Korean hackers were sent to China and required to make up to $100,000 a year for the reclusive regime by any means, or face "severe" consequences.

Sources said that the Coincheck hackers are using the anonymity provided by the dark web to help launder the stolen cryptocurrency, which is known as NEM.

"For national security reasons, we cannot allow a foreign adversary to embed their technology in US government systems or critical infrastructure," Senator Marco Rubio said.

Infraud Organisation: Massive $530m global cyber fraud ring with over 10,000 members taken down by US

The case has been dubbed "one of the largest cyber fraud enterprise prosecutions ever undertaken" by the Justice Department.

"I clicked on it and instantly knew that I had been had," one retired Air Force major general, who was sent a dubious phishing link, said.

The company said there is currently no indication to suggest this data was downloaded or accessed by any Mixpanel employee or third party.

A cheap and easy-to-deploy hacking tool used by cybercriminals to covertly hijack computers has been dismantled in an international policing operation.

For anyone typing quickly or letting browser autocomplete lead them to the "right" website, they may be just one letter away from being led to the dubious phishing website. 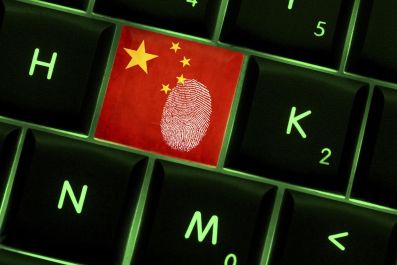