Since it is fileless and uses legitimate system software, researchers say it is "difficult, if not impossible" for companies to detect and block it.

Car-sharing company GoGet's CEO, Tristan Sender, said they did not notify affected customers sooner based on the "strong advice" of NSW police.

"Timing is the only thing that links the two so far," a cybersecurity expert said.

"We have observed another instance where a threat actor looks to be using political events to target individuals or organizations within the Palestine region," researchers said.

Hackers could bypass Lenovo's fingerprint scanner using a hardcoded password - Are you affected?

Lenovo warned that sensitive data stored by the software, including users' Windows login credentials and fingerprint data, is encrypted using a weak algorithm.

"Mining cryptocurrency through ads is a relatively new form of abuse that violates our policies and one that we've been monitoring actively," a Google representative said.

Experty hacked: Over $150,000 worth of Ethereum stolen from ICO participants in phishing scam

Scammers pretending to be from Experty sent out a fake pre-ICO announcement email that encouraged users to send money to an Ethereum wallet that wasn't affiliated with the company.

What is jackpotting? US Secret Service warns of hack that makes ATMs spit out cash like slot machines

"This should be treated as a call to action to take appropriate steps to protect their ATMs against these forms of attack and mitigate any consequences," ATM vendor NCR said. 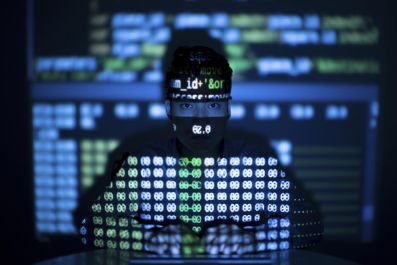