Boris Akimov, a farmer and the founder of organic food startup LavkaLavka supported by its own blockchain token, will use the Waves Platform to tokenise his own skills and time.

Cryptocurrency at a crossroads: Bitcoin bounces from SegWit to South Korea

Oleg Vaisman of Capital.com looks at the way crypto has been portrayed by the media of late.

GDPR: The biggest change to data laws in over 20 years but are companies ready?

Last year, financial services companies in the UK reported 17 incidents of data hacking attacks to the regulator, up from just four in the previous year.

Banks and financial institutions must make customer satisfaction a priority

A recent study found that most customers, including millennials, still prefer having a physical branch nearby.

Almost $1 billion dollars have been raised from ICOs this year, but one has to wonder how much money will be lost due to fraudulent behavior.

How does Ties.DB database use blockchain technology?

GDPR: Four things to do between now and 25th May

Siafunds token opts to be classed a security under SEC rules

Sia CEO David Vorick talks about his eventual decision to follow the accredited investors route for the siafunds token sale.

The inquiry will formulate a regulatory response to digital currencies from the Government, the FCA and the Bank of England. 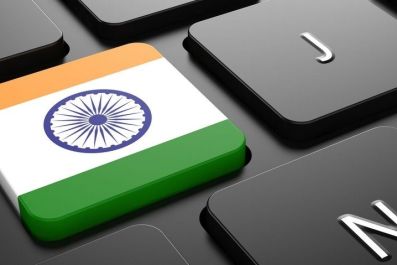 Since the emergence of AI, machine learning and internet of things, India has lagged behind the global technology industry.
Regulation and compliance: The future of crypto casinos
Investors turn to compliance-driven ICOs and securities tokens
Telegram aims to raise $1.6bn before ICO even starts
Bitcoin exchange BitFunder and founder charged with fraud, lying to regulators about $64m cyberheist
When it comes to Bitcoin, it's time to buy a better lock
Blockchain and economic advancement: The way forward
What do the new SEIS/EIS guidelines mean for crowdfunders?
How digital is helping fashion flourish
Latest News
Fight is on for the rock stars of artificial intelligence
Comprehensive guide to GDPR for the marketing industry
Blockchain hardened devices, can they restore privacy with security by design?
Back to basics for cybersecurity in local government
Cardano's Ouroboros: Proving Proof of Stake can work in the wild
Three ways to run a smarter SMB in 2018
Editor's pick