Massive stone jars that may have been used for ancient human burial practices thousands of years ago have been discovered in the Indian state of Assam.

Anthropologist Dr Jesse Casana says that he may have discovered an ancient city and believes that it could be older than the Egyptian pyramids. The area is called Tell Brak and the discovery has been made by analysing images taken by an old spy satellite.

A recent study published in the Journal of Meteoritics and Planetary Science, may have just revealed the secrets related to King Tutankhamun's mysterious dagger that has remained spotless despite being made of iron.

Massive Roman mosaic found in London, largest discovery in half a century

Archaeologists in London stumbled upon the largest area of Roman mosaic found in the city in more than half a century. The colourful mosaic is believed to have been a floor of a Roman dining room.

On December 15, 2015, a federal judge ordered Tommy Thompson to remain in jail with a $1,000 daily fine until he reveals the whereabouts of the missing gold coins 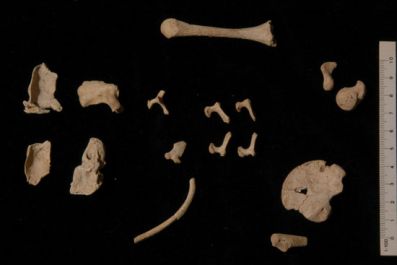 Truth about Cleopatra's death: Resting place may have been found at mysterious site