"We greatly regret this error and we apologise to all Mac users," Apple said in a statement.

Phillip Durachinksy was alleged to have created malware that installed onto unsuspecting computers, giving him control over the compromised machines, including the webcam.

Netflix users are being warned to avoid clicking on suspicious email links after a phishing scam was uncovered that security experts say is designed to steal credit card details.

The group has been using this attack technique in campaigns since at least July 2016, ESET researchers said.

The attacks are thought to have begun after a security researcher published a proof-of-concept exploit in December.

The Meltdown and Spectre flaws affect nearly every modern processor and impact a range of devices such as computers, smartphones, tablets and servers.

Will Julian Assange be forced out of the Ecuadorian embassy in London?

"A person cannot live in those conditions for ever," Ecuador's foreign minister Maria Fernanda Espinosa said.

Although Twitter is no stranger to phishing scams, the latest incident does highlight serious flaws in Twitter's ad approval system.

Researcher Arnau Code said he has already successfully tested the CoffeeMiner attack in real-life scenarios including in cafes.

"It's not clear if we're looking at an early test of an attack, or part of a 'legitimate' mining operation," researchers said. 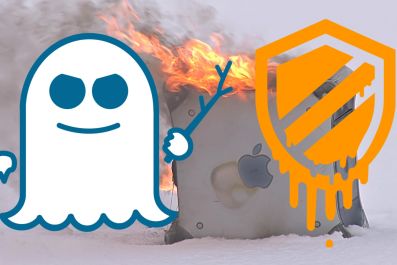 Apple admits 'all Mac devices', iPhones and iPads affected by Meltdown and Spectre