Researchers found that many preschoolers slowly increased their dosage of peanuts without getting an allergic reaction.

For the third day in a row, the United States on Saturday notched a record number of coronavirus cases in 24 hours, reaching nearly 230,000 new infections.

"Vaccines do not equal zero Covid," said WHO emergencies director Michael Ryan, adding that not everyone will be able to receive it early next year.

The woman suffers from Huntington's disease which was believed to have caused her to stumble and get entangled with the leads.

German Health Minister Jens Spahn, addressing a videoconference of his EU colleagues, said Wednesday: "The idea is not to be first, but to have a safe and efficient vaccine."

The company said the criteria of posts it considers eligible for removal will change based on "guidance from public health authorities as they learn more."

Former US presidents Barack Obama, George W. Bush and Bill Clinton have volunteered to take a vaccine on camera if it will help promote public confidence.

The study noted that women face a 20 percent higher risk of experiencing death or heart failure after a heart attack.

Single parents often do not have time for their own health because nobody is offloading the responsibilities that are essentially being shared by couples.

Fractures that can be found on the bone that stretches from the pinky finger to the elbow, or the ulna, are often linked to a victim's self-defense.

Many poorer countries are pinning their hopes on the AstraZeneca/Oxford candidate, which can be kept in regular refrigerators and is being offered at cost price. 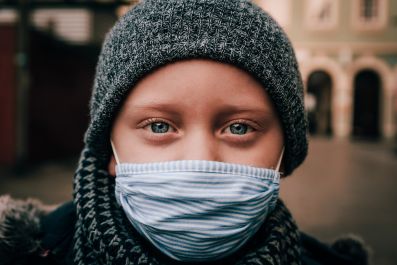 What are the coronavirus symptoms in children that can be predictive of positive COVID-19 result?