Business Jurisdictions: How The UK Compares With the U.S.

Insurance Industry in Focus: The Latest on US and UK Qualification Requirements

The growth of the insurance industry in the U.S. particularly may have been closely related to inflationary pressures in 2021.

After the UK chose to leave the single market and customs union, it was unable to prevent reams of new red tape for British businesses trading with Europe.

The year has so far turned out to be a significant one for the online gaming industry in the United States. The sector won big during the just concluded polls where different states sought to legalize online sports betting within their borders.

Lee Jae-yong, vice chairman of Samsung Electronics, is being re-tried on charges of bribery, embezzlement in connection with a corruption scandal.

After early high, a rude awakening for cannabis stocks in 2019

The sector faces financial hurdles, with banks shrinking from handling cash from the cannabis trade.

Tech firms are being warned by the British government to better police their sites or face legal penalties.

Boeing has developed a fix for a faulty autopilot system on the 737 MAX 8 believed responsible for a pair of crashes over the past five months.

Why cheaper drugs threaten the health of patients

Patients and the pharmaceutical industry could soon feel the affects of EU plans to reduce patent protection period. 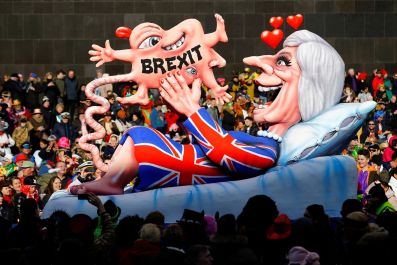 Cabinet committee meeting to decide the future of Brexit and the survival of the Government.
Aimed at China, Trump's tariffs are hitting closer to home
US manufacturers seek relief from steel and aluminum tariffs
Amid trade rift, China to allow full foreign auto ownership
UK accused of protecting tax dodging practices of its overseas territories
Shakira could lose a massive chunk of her $200m fortune in tax dispute with Spanish government
Love All, Trust a Few: Can companies have analysis without analysts in a Mifid II world?
Peakcoin: Regulating the future of cryptocurrencies
JP Morgan boss Jamie Dimon issues fresh warning that Brexit could cost thousands of jobs
Latest News
EU fines Google a record £3.9 billion over Android abuse
Amazon to block Australians from global websites due to tax
UK's targeting of Russian oligarchs as a national security threat is a sham
Trump signs bill easing post-2008 crisis restraints on banks
Is there really a market for Open Banking?
How smart technologies can streamline the hunt for rogue traders
Editor's pick