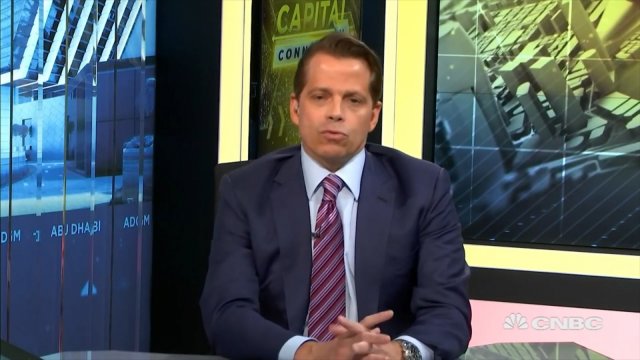 According to Trump, if the Fed had refrained from raising interest rates last year, the U.S economic growth would have been more than 3 percent and the stock market would have zoomed 7,000 to 10,000 points.

The President was addressing a meeting of Japanese business leaders in Tokyo. Trump is on a 4-day state visit to Japan since Saturday.

Trump reiterated some of his oft-repeated thoughts on the benefit of keeping the interest-rates low or unchanged.

"But they wanted to raise interest rates," Trump added, "You'll explain that to me."

In 2018, the Fed Reserve raised rates four times but paused the exercise after markets crashed by the end of the year.

Concerns are up now over the stock market volatility despite a strong start in early 2019. The markets have been hit after the stalemate in U.S.-China trade talks and escalation of the China trade war.

Trump's new China tariffs amounting to 25 percent on $200 billion worth of Chinese imports from May 10 and the threat of higher tariffs on remaining Chinese imports have added more uncertainty to the markets.

In April, Trump urged the central bank to cut rates by one percentage point and increase quantitative easing.

Instead of accommodating Trump's demand, the Fed in May said it would keep rates unchanged and the federal funds rate will stay at 2.25 to 2.5 percent range assuming the U.S. economy is doing well despite concerns of a global slowdown.

Trump has been a critic of the Fed for raising rates and hurting growth. He has also singled out Chairman Jerome Powell in his criticism on matters related to rate hikes.

Trump wanted a cut in rates saying to help the U.S. secure win the trade war with China. In a recent tweet, Trump noted how low rates can salvage the U.S position in the trade war.

So far this year, the Fed has been adopting a dovish approach and signaling no changes to the interbank lending rate to balance out the strong economic data and headwinds including the U.S.-China trade war and low inflation.

This article originally appeared in IBTimes US.