Cannabis sales in US growing faster than dot-com boom of 2000, researchers claim 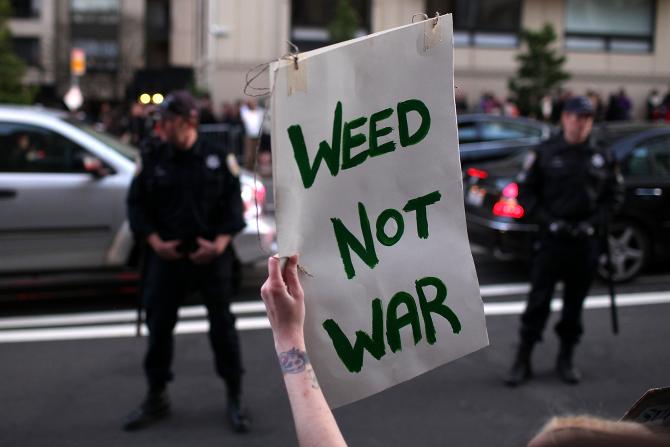 US Drug Enforcement Administration refuses to reclassify marijuanaIBTimes US

Legal cannabis sales in America are growing at a rate faster than the dot-com boom of 2000, new figures show.

According to a study by ArcView Market Research, the market has grown by 30% in the last year and posted $6.7bn (£5.43bn) in sales.

That figure is expected to exceed $20bn by 2021 while growing at a rate of 25% – outdoing the 22% gross domestic produce growth rate achieved during the dot-com surge.

Such figures are near unprecedented in US history, ArcView's editor-in-chief, Tom Adams, told Forbes.

He said: "The only consumer industry categories I've seen reach $5 billion in annual spending and then post anything like 25% compound annual growth in the next five years are cable television (19%) in the 1990s and the broadband internet (29%) in the 2000s."

Despite the huge growth, there are some seeds of uncertainty towards the future of the cannabis market in the US with the incoming administration of President-elect Donald Trump.

However, ArcView's chief executive Troy Drayton predicts Trump will allow states to chose their own fates when it came to cannabis legalisation, favouring the prospects of further growth.

Drayton said: "It's one of the few things [Trump] has been consistent on."

In November's presidential election, nine US states voted on whether or not to legalise marijuana, in a variety of private and medicinal contexts.

California, Massachusetts, Nevada and Maine voted in favour of recreational marijuana use.

They joined other states that had already passed similar laws since 2012, including Washington, Colorado, Oregon and Alaska.

ArcView also predicts there will also be a high rate of growth of cannabis sales in Canada, where the market is smaller than America's, but a more cannabis-friendly government is in place.