Facebook Libra currency to be backed by US dollar

The social network's plan to launch a cryptocurrency has hit rough waters recently, with many governments questioning its legitimacy.

North Korea is developing its own cryptocurrency

The country held a blockchain and cyptocurrency conference in April this year.

The popular investment app has been approved by the U.K. Financial Conduct Authority.

Ethereum co-founder criticizes Facebook's Libra: It's all about trust

Ethereum co-founder Joseph Lubin asks how Facebook can be trusted with Libra privacy when it has misused data of its users.

Big Blue is part of the team that will help develop a blockchain network to trace prescription drugs.

Independent foundation to manage Facebook's cryptocurrency, may debut in June

Facebook is trying to get outside backers for its cryptocurrency, dubbed GlobalCoin, in an attempt to build trust and insulate it from the wild swings in the crypto space.

Cryptocurrency fraudsters have swindled their victims out of hundreds of millions – even billions – of dollars. What do they do to earn people's trust and then take their money?

Binance hacked: $40M worth of bitcoin stolen from exchange

Binance admits to having been hacked and losing $40 million in Bitcoin.

Buffett has made some negative remarks about bitcoin in the past, and he just renewed his criticism. 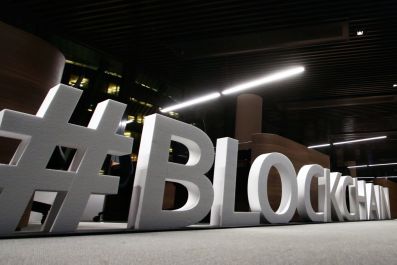 A new era of cryptocurrency investment is upon us

It's hard to imagine what the future of cryptocurrency will look like in a year's time but the sector is professionalizing quickly.
Blockchain is threatened by dodgy get-rich-quick schemes
A history of Bitcoin – told through the five different groups who bought it
A new gold standard in the age of blockchain
How smart technologies can streamline the hunt for rogue traders
The threat of crypto-jacking: Why businesses must act now
Power-sucking Bitcoin 'mines' spark backlash
Blockchain Pioneer Lisk on the philosophy of decentralisation
Top 10 Trends for Blockchain Technology in 2018 and Beyond
Latest News
Jaguar Land Rover To Reward Drivers With Cryptocurrency For Sharing Data
The biggest deals in fintech history are happening right now
Security token offerings can usher in efficient, global fundraising
Are Stablecoins the next big thing? Why they're critical for crypto adoption
Cryptocurrency predictions for 2019: Where will Bitcoin and others go?
Bitcoin v Stablecoin: Protecting crypto investors on both sides of the coin
Editor's pick