The rover will use new science instruments to hunt signs of ancient microbial life on the Martian surface. 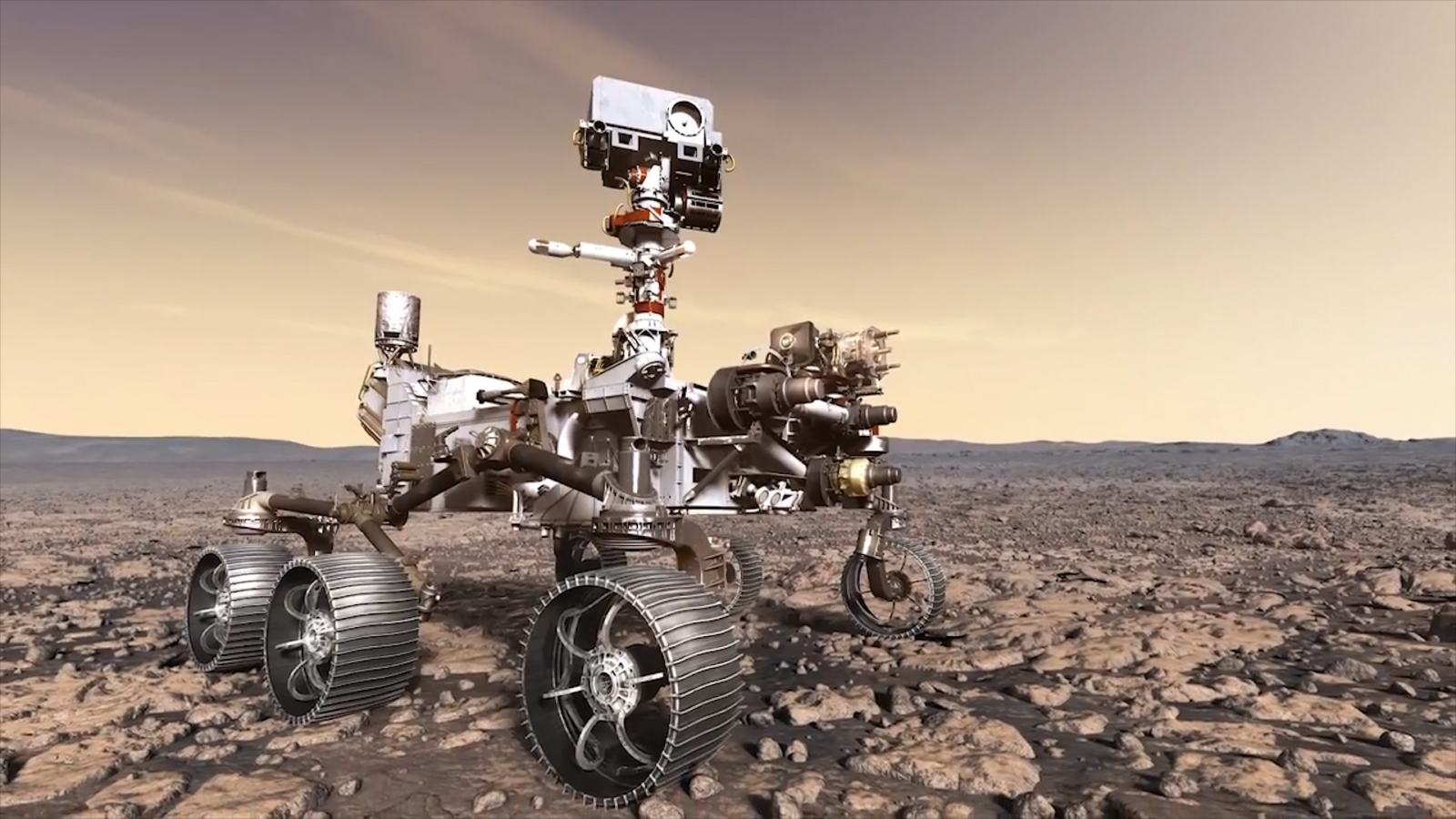 Nasa has released some fresh artistic concepts and a new video detailing the look and working of its next Mars rover, which is set to blast-off to the red planet in 2020.

The "souped-up science machine", as Nasa describes it, looks a lot like Curiosity, which has been exploring the Martian surface since 2012. However, the new device carries as many as seven new instruments, more autonomy, and most importantly wheels that won't break.

The rover will primarily have two main missions — the first is to specifically look for signs of ancient life, or 'biosignatures' on the planet and then to collect and store necessary samples so that they could be flown back to Earth via subsequent missions.

In order to find these biosignatures on a microbial scale, the rover will use its X-ray spectrometer to target spots as small as a grain of table salt and a UV laser to detect the "glow" from an excited ring of carbon atoms. The machine will also deploy a ground-penetrating radar to better understand the interior of the red planet.

Meanwhile, to collect the samples, "a drill will capture rock cores, while a caching system with a miniature robotic arm will seal up these samples (in a tube)," says Nasa. "Then, they'll be deposited on the Martian surface for possible pickup by a future mission."

Along with new instruments, the rover will also use spare hardware designed for Curiosity such as upgraded colour cameras, a zoom lens, and a laser capable of vaporising rocks and soil to analyse its chemistry.

"Our next instruments will build on the success of MSL (Curiosity mission), which was a proving ground for new technology," said George Tahu, Nasa's Mars 2020 programme executive. "These will gather science data in ways that weren't possible before."

The launch of Mars 2020 rover will be mostly similar to Curiosity with a very similar rocket, but the descent stage will involve the use of a technology called Terrain Relative Navigation. Here, computer vision will be used to compare the landscape with pre-loaded terrain maps and divert the course of the descent stage towards a safe landing site.

Following this, a range trigger will assess altitude and velocity to determine when to deploy the parachute to land the rover near the area of scientific interest.

Al Chen of JPL, the Mars 2020 entry, descent and landing lead, says, "The range trigger lets us land closer to areas of scientific interest, shaving miles — potentially as much as a year — off a rover's journey."

So far, researchers have shortlisted three potential landing sites — all of which may harbour signs of ancient microbial life. However, the final one will be announced sometime later next year.