A study conducted by the researchers in UK has found that women and young adults were more likely to gain weight during the first Covid-19 induced lockdown.

People who do not repay student loan or take on new ones between young adulthood and early middle age are at a higher risk of developing cardiovascular illnesses, according to a study published in the American Journal of Preventive Medicine.

Several parts of India have been grappling with an intense heatwave as the country experiences one of the hottest summers this year. According to experts, the temperatures are expected to only increase during the next few days.

Scores of headless penguin bodies washed up on beaches surrounding Australia's Fleurieu Peninsula in the month of April, leaving scientists and researchers shocked.

Scientists have discovered the remains of a giant sea creature in the Swiss Alps. The remains of an ichthyosaur which used to have huge teeth were found at an altitude of more than 9,000 feet in Switzerland.

A massive fire broke out at Bhalswa landfill site in India's national capital New Delhi on Tuesday and continues to burn even now. This is not the first time that the infamous mountainous garbage dump caught fire releasing toxic smoke. 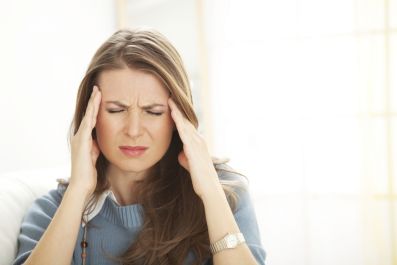 More than 50% of people across the world have headache disorders

More than 50 per cent of the people across the world have been afflicted with various types of headache disorders such as tension and recurrent headaches, according to a study by researchers from Norway.
California cannabis mega-factory eyes federal legalization of weed
Chinese astronauts return safely to Earth after six months in space
South Africa floods: Petrol tanker washes ashore on Durban beach
Tropical storm Megi hits Philippines, kills at least 53 people
Anti-vax sentiment may stem from 'adverse childhood experiences,' says study
Covid-19: US orders non-emergency staff to leave Shanghai consulate
Woman who killed 3-month-old daughter spared jail term
US firm fined $8m after 150 eagles die at its wind farms
Study finds dangerous microplastics deep in lungs of living people for the first time
Latest News
Patient dies after battling Covid-19 for more than a year and a half
Covid-19: India brings back mask mandate in national capital
WHO estimates massive under-reporting in India's Covid death toll
Being overweight can double the risk of cancer: study
Editor's pick