Cannabis has been legalised in the Southeast Asian country and many locals are obviously trying to make the most out of it.

Fear of needles: COVID-19 rollout issue that needs to be addressed

A medical student narrated how she would feel clammy all over, experience cold sweats, and eventually pass out due to "needle phobia."

Those who wish to travel to the US must undergo a COVID-19 test three days prior to the date of travel.

Rare brain cancer believed to be linked to undercooked meat

About 80 percent of malignant brain tumours are gliomas, and this could be contracted from contaminated water or undercooked meat.

UK Covid crisis: Temporary morgues in demand due to lack of space in mortuaries

As hospital mortuaries run out of space to accommodate dead bodies, Britain is setting up temporary morgues.

Different parts of the body become inflamed with MIS-C including internal organs like the lungs, heart, brain, kidneys, and gastrointestinal organs.

It was suspected that the gorillas contracted SARS-CoV-2 from an asymptomatic staff member at the safari park.

How your location may determine which COVID-19 vaccine you're getting

Both Pfizer and Moderna have been given the green light by the U.S. FDA but there is a difference in their storage and handling requirements.

Two giraffes in Arica were discovered to be from a condition called skeletal dysplasia.

Year on from first Covid-19 death, Wuhan basks in recovery

China has faced criticism at home and abroad over its initial handling of the virus, including attempts to silence whistleblowers and failure to report cases for days in early January. 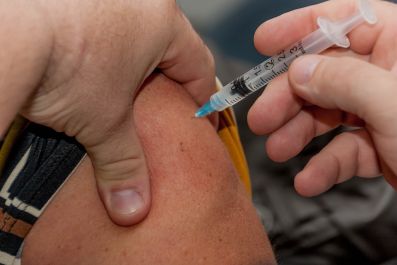