Ferrari are set to unleash their first major upgrade package at the Spanish Grand Prix this weekend to maintain their fight with Red Bull Racing.

Barcelona are targeting moves for Chelsea duo Cesar Azpilicueta and Marcos Alonso. Xavi is keen to add the experienced pair to his back line.

Barcelona's plan to sign Xavi's top target will be accepted

Xavi is keen to sign a top quality centre-back as a long-term replacement for Gerard Pique. Sevilla's Jules Kounde is top of the Spaniard's wish list.

F1: 'Everything easier' for Max Verstappen in 2022, Mercedes chief says

Max Verstappen remains the favourite to win the the 2022 F1 title despite Ferrari's Charles Leclerc leading the Drivers' championship after five races.

Mercedes and Lewis Hamilton have had a difficult start to the 2022 campaign with the reigning Constructors' champions struggling to match the pace set by frontrunners Red Bull Racing and Ferrari.

Barcelona have been desperate to tie Gavi down to a new deal and they are finally close to reaching an agreement with the midfielder.

The Portuguese star appears to be staying in Old Trafford beyond this summer. 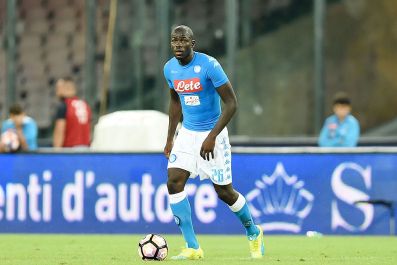 Barcelona want €30m defender; ready to include players to compensate