Thunderspy: Here's how users can keep their computers safe from hackers

Alarming as it sounds, there is a caveat that should keep user's data safe from those who have ill intentions.

In Europe and the United States, technology firms have begun sharing "anonymised" smartphone data to better track the outbreak.

US orders first shutdown of website over coronavirus fraud

More than 33,000 people have been infected by the coronavirus in the US, and 416 have died.

US lawmakers told of security risks from China-owned TikTok

TikTok has said its operations were not influenced by the Beijing authorities.

Britain has no official internet or social media regulator and is looking for ways to stop harmful online material from reaching children.

There are reports of new vulnerabilities that can give hackers access to an Android user's device, which is yet to be patched.

Microsoft issues an advisory regarding the Dexphot malware, which silently uses a computer's resources to mine for cryptocurrency.

Reports are coming in regarding a recently discovered Android vulnerability that can allow hackers to activate the camera without permission. 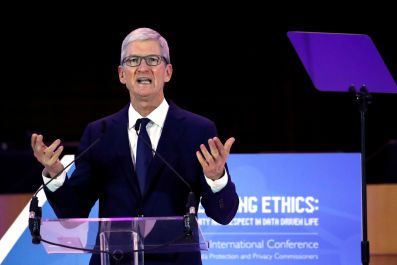