By Daniele Palumbo
On 18 April, Prime Minister Theresa May announced her plans to call a general election. A day later, Parliament agreed to her request, with the country going to the polls on 8 June - less than a year after the British public voted to leave the EU.

Current pollster data suggests a big victory for May's Conservatives, which would hand her an increased majority inside the House of Commons. At the dissolution of Parliament on 3 May, the House of Commons was formed of 330 Tories and 229 members of Jeremy Corbyn's Labour Party.

IBTimes UK has calculated a weighted average from the eight biggest UK pollsters, showing the Conservatives leading by 6 percentage points over Labour.

The lines track the weighted average of recent UK national polls.
The points represent the vote intention percentages given by each pollster to each political party, representing in this way a variable showing the margin of error. 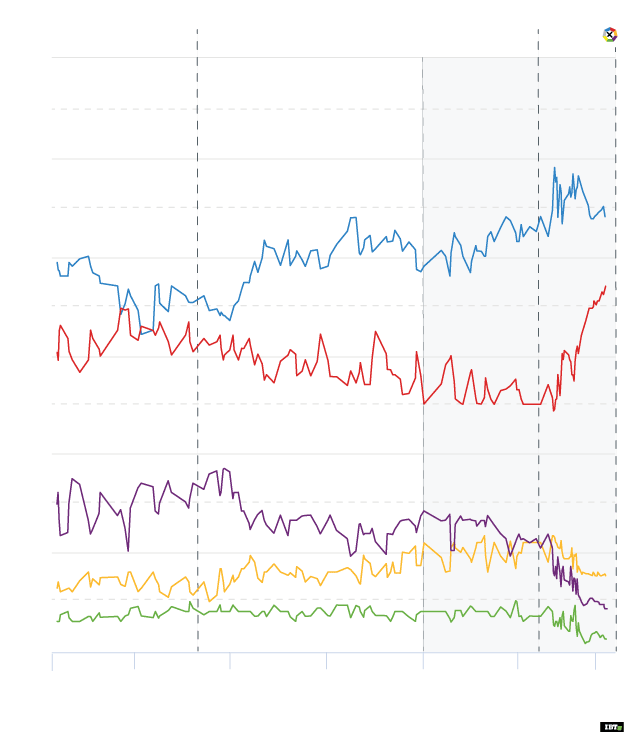 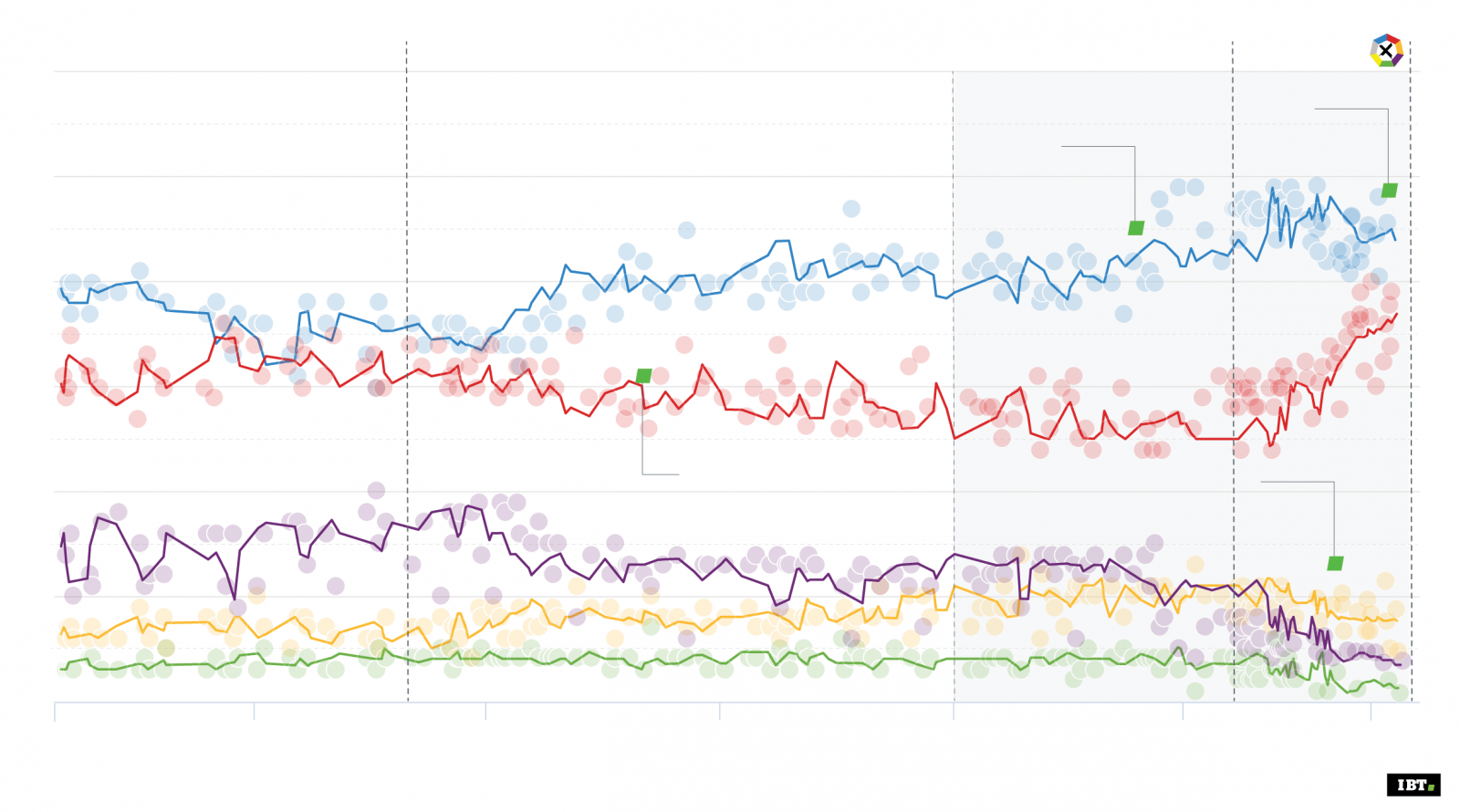 of the Labour Party 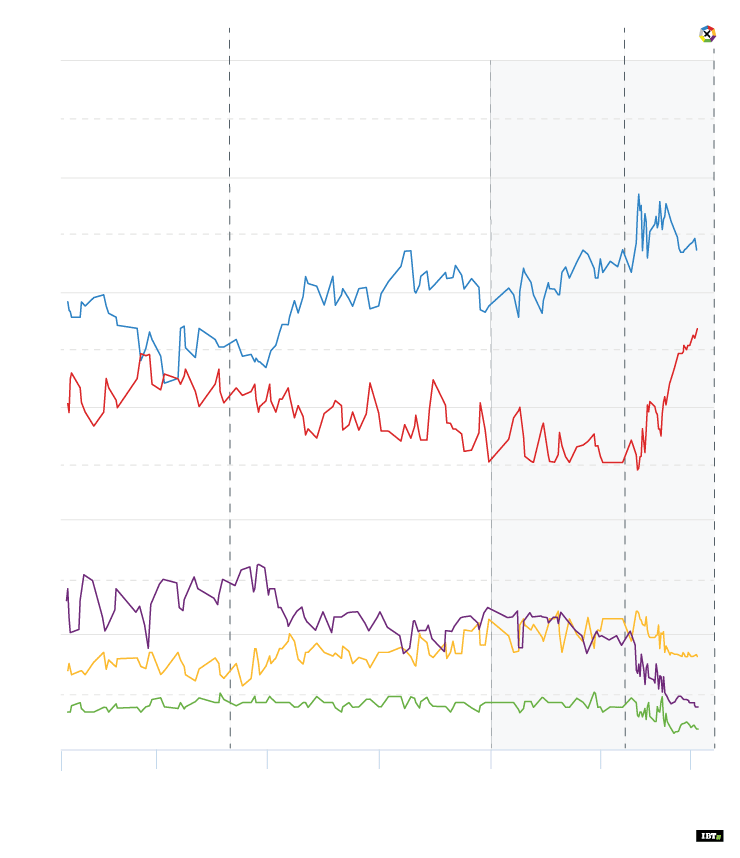