Outside the Olympic bubble, Japan hit new virus records, with the capital accounting for a large portion of the numbers.

The COVID-19 pandemic has significantly changed how people buy things today. The way that consumers shop for everything–from food to clothing to skincare products–has been affected.

The match was meant to benefit groups that support ALS charities

Today more than ever, our society needs people who are considerate of others. The pandemic has taught us that it is as important to help those in need as it is to help yourself.

It comes less than two months until the Games are set to begin, and days after the US State Department issued a travel warning for Japan over virus risks.

Brazil could have secured more Pfizer doses faster, but Bolsonaro's government refused an offer last August to purchase more than 70 million of them.

Even before the global health crisis hit, the NHS was already under severe strain.

Pandemic to be 'far more deadly' this year, WHO warns

The WHO said Friday that even the vaccinated should keep wearing masks in areas where the virus is spreading.

A variety of incentives are being offered across the country to convince the undecided, including beer, donuts or tickets to sporting events. 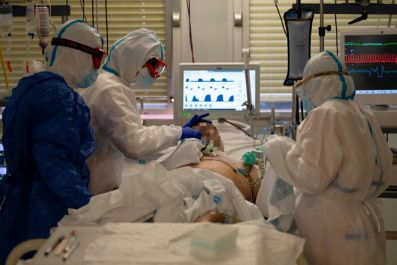