Chickasaw Nation: The Fight to Save a Dying Native American Language 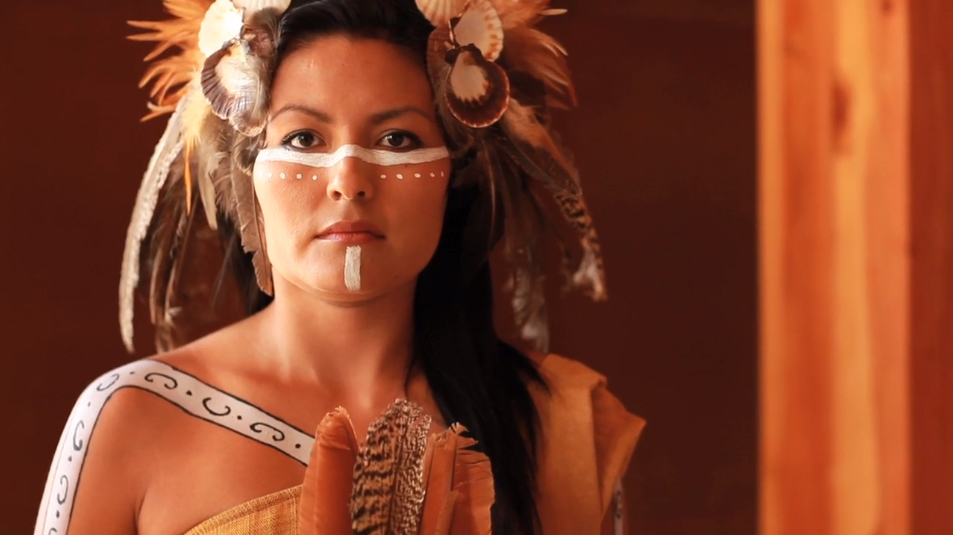 A 50,000 year-old indigenous Native American tribe that has weathered the conquistadors, numerous wars with the Europeans, the American Revolution and the Civil War is now fighting to preserve its language and culture by embracing modern technology.

There are 6,000 languages spoken in the world but linguists fear that 50% of them will become extinct within the next century. In the US, 175 Native American languages are spoken, but fewer than 20 are expected to survive the next 100 years.

The language of the Chickasaws, known as "Chikashshanompa", is a 3,000-year-old living language that is categorised by Unesco as being "severely endangered".

The last remaining monolingual speaker of this language, Emily Johnson Dickerson, 93, died in December. Now the tribe is scrambling to make sure that its language does not become lost.

The Chickasaw Nation consists of 57,000 people, including 38,000 who live in 13 counties in Oklahoma, a state designated as the Indian Territory which boasts rich oil and natural gas preserves.

"There were over 3,000 speakers of Chickasaw in the 1960s," Joshua Hinson, director of the Chickasaw Nation Language Department tells IBTimes UK.

"The last native speakers who learnt the language at home were born in the late 1940s. From that point on, with people leaving Oklahoma for other parts of the US, mandatory schooling and political pressures to be bilingual in English, the number of people dropped, and now, our youngest native speakers are in their 60s."

There are now only 65 native speakers of the Chickasaw language who are also fully bilingual in English, and only four to five confident conversational speakers who are under the age of 35.

Modern Chickasaw people in Oklahoma live in houses on land held in trust for the Chickasaw Nation by the Federal government.

They have been Christian since the Civil War, although religion co-exists with traditional native Chickasaw customs.

Some customs have died out, such as the native doctors and practice of native medicine, but others, like the role of the woman as a matriarch in the family and in government, have continued, and 60% of the community's leaders are women.

Much of their way of life is modern – they use mobile phones, drive cars and are fully connected to the internet, even though their land is largely rural.

"We want to know who we are as a people, but Chickasaws have always been on the cutting edge of technology. If I can make a canoe with a stone tool, but suddenly there's an iron axe, then I'll use the axe," explains Hinson.

"We really like nice things and central heating – that don't make us any less Indian, it just makes us people."

The Chickasaw Nation is able to reach about 2,000 people in person at cultural events run year-round, but online, they have access to 15,000 tribe members right now, and potentially many more.

Capitalising on the connected age, the tribe is working to keep its culture, language and oral traditions alive by funding initiatives such as the Chickasaw Nation Video Network.

The online TV channel consists of six channels and over 1,500 videos of oral history, culture, customs and ancient legends and is active on social media, with thriving communities on Facebook, Twitter, Pinterest and Instagram.

You can also download a Chickasaw language iOS app complete with language terms and recordings of native speakers, read the Chickasaw Times newspaper on iOS or Android devices, or tune into Chickasaw community radio station KCNP online for traditonal and modern music.

Chickasaw people living across the US also send their children to "Hayaka Anca" summer camps where they can learn about their history and culture, and the tribe hosts an annual Chikasaw Reunion in May.

At the "Chikasha Ittifama", members of the tribe return to Oklahoma to participate in traditional Chickasaw cultural events, such as group hymn singing, a reunion stomp dance, story-telling, craft demonstrations and traditional sporting events like spear-throwing, a fishing derby, a cornstalk shoot and a squirrel stick throw.

There is also a Master Apprentice programme where a native speaker will teach a tribe member to speak the language through intensive sessions held five days a week for several months.

"We want any Chickasaw on the planet to have quality content at their fingertips and to build a population of conversational speakers," says Hinson.

"We're a pretty hard-headed, persistent people. We've gone through centuries of change and removal but we're still here. The core of our people is still there.

"One of our tribal mottos is 'United, we thrive'. We feel like if we do our level best to educate our own people and our neighbours, it's mutually beneficial. We want people around the world to know who we are and what we're about."