GDPR: How to disappear completely

Anthropologists have long explored how inanimate objects and nonhuman entities - like "data" - can take on fantastic, fetishistic, or even magical properties.

The threat of crypto-jacking: Why businesses must act now

With the value of crypto-currencies soaring in recent months, it's not hard to see why cyber-criminals have jumped on the bandwagon.

U.S. and U.K. intelligence agencies said the main targets include "government and private-sector organizations," as well as "critical infrastructure" providers.

Why do 99% of cybercrime fraudsters escape justice in the UK?

Some online frauds are so simple to execute it questions why criminals would even consider robbing a bank.

"We would not be reopening our online stores if we did not feel confident that they are a safe place to shop," the company said.

What is Triada? Data-stealing malware infects over 40 Android models' firmware while manufacturing

Security researchers uncovered that the malware infects Android models during manufacturing so users receive already infected phones from the box.

GitHub was hit by a massive 1.35 Tbps DDoS attack – the most powerful ever recorded

The attack on GitHub, which lasted less than an hour, reportedly exploited memcached servers instead of bots.

GandCrab ransomware: How to decrypt and recover your data without paying ransom

First detected in January, GandCrab has been deemed one of the most aggressive forms of ransomware this year.

"Whether they are working on behalf of the government or they're doing it on their own accord with plans to sell the information to a third party, we have no idea," Symantec said.

This isn't the first time US federal government has suffered a major data breach affecting military and defense personnel in recent years. 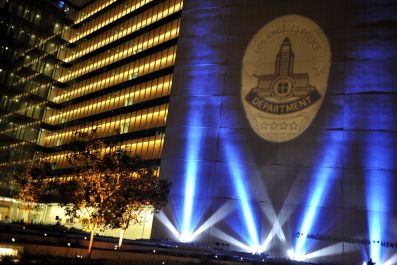