European shares fell on Tuesday as investors worried about the squeeze to economic growth from aggressive monetary policy tightening by central banks in a bid to tame rising inflation.

Airline SAS Will Get No More Cash From Swedish Government

The Swedish government will not inject new capital into loss-making airline SAS and does not aim to be a long-term shareholder in the company, Industry Minister Karl-Petter Thorwaldsson told a news conference on Tuesday.

As the crypto winter creeps into June, the first signs of a thaw are emerging.

Tesla founder Elon Musk, who recently inked a deal to buy Twitter Inc., has now threatened to walk away from the deal.

European shares rose on Monday, helped by banks and commodity-linked stocks, as investors kept an eye out for U.S.

UK shoppers cut spending by most since COVID lockdown in 2021

British shoppers facing a surge in inflation cut their spending in May by the most since the country was in a coronavirus lockdown in early 2021, according to a survey published on Tuesday.

ECB to end stimulus in prelude to rate hikes

The ECB is lagging behind the central banks in Britain and the United States, which have moved aggressively to try to stamp out inflation.

Waves of industry consolidation over the decades have resulted in fewer choices for customers from telecoms to banking, with Canadians paying the world's most expensive mobile phone bills and forking out more for everyday banking, consumer advocates say.

The Japanese yen was on the back foot on Monday, ahead of a busy policy-focused week in which inflation will be in the spotlight with a major European Central Bank meeting and U.S.

Shareholders in Sainsbury's will get to vote on a resolution at next month's annual meeting calling for Britain's second biggest supermarket group to commit to paying the so-called real living wage to all its workers by July 2023.

Hedge fund investors are bracing for a river of red ink as firms begin reporting returns for May when the stock market hovered near bear territory on disappointing earnings and worries about aggressive rate hikes, investors and fund managers said on Thursday. 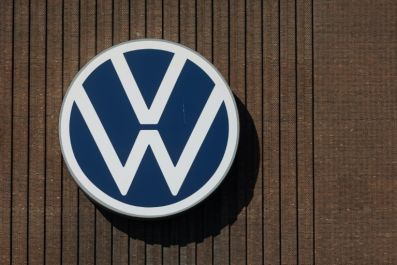