Euro under pressure amid growing concerns over Greece bailout deal.

Fears of a hung parliament creep into the City as YouGov poll cuts Tories' lead to five points.

UK GDP data revised down to show economy grew only 0.2% in the first three months of the year.

Federal Reserve will release minutes of its latest meeting tonight.

FX Focus: Pound recovers as May backtracks on 'dementia tax'

Pound climbs back above $1.30 after losing half a cent against the dollar as Tories' lead narrows.

FX Focus: Pound recovers from flash crash and climbs above $1.30

Sterling remains above $1.30 for only the second time since September 2016 as dollar struggles.

Sterling has not climbed above $1.30 since September 2016 but data could see it breach barrier.

Boost from higher than expected inflation proves to be short lived as sterling falls below €1.17.

Investors will analyse inflation data, as well as reports on the labour market and retail sales this week. 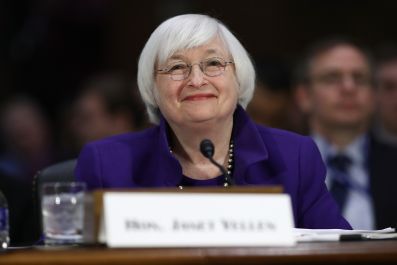