The world's second-largest economy has poured billions into its military-run space programme, with hopes of having a permanently crewed space station by 2022 and eventually sending humans to the Moon.

A group of Chinese astronauts returned safely to Earth last week after spending six months on board Tiangong space station. The crew had taken off from the Jiuquan Satellite Launch Centre in the Gobi Desert in October last year.

A recent study published in the Journal of Meteoritics and Planetary Science, may have just revealed the secrets related to King Tutankhamun's mysterious dagger that has remained spotless despite being made of iron.

It has been more than a month since astrophysicists have been predicting that a rocket is on a collision course with the moon. Earlier, it was thought be SpaceX's Falcon 9 booster, but recent reports have claimed that it may not be some other rocket. 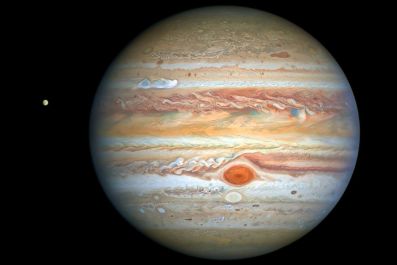