California-based Facebook has tightened its rules on political advertising ahead of the 2020 election.

Subscribers should be informed that mmWave 5G is still difficult to implement due to its poor range.

Given all unfortunate events in 2020, many of its followers speculated that it might have been bad news.

Earlier this year, the firm was dethroned by Huawei from its long-held position as the world's biggest smartphone maker.

PlayStation Plus Collection on PS5: Sony talks about how the subscription works

What future PS5 owners should know is that all of the PS4 titles listed will be free of charge for those with active PlayStation Plus subscriptions.

SpaceX: Elon Musk's future Mars colony to draft its own laws, according to Starlink ToS

If a colony on Mars is ever established, it will likely rely on a constellation of Starlink satellites for communications, navigation, and more.

Amazon, Apple, Facebook, Twitter and Google-parent Alphabet are all slated to disclose how their businesses faired in the third quarter of this year.

The video featured six students from Hill House in Doncaster bragging about their fat trust funds and living off Daddy's money. 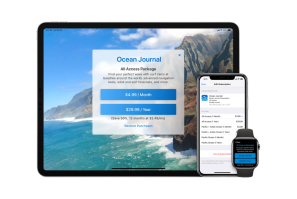