Iran's official IRNA news agency had published a statement from the military saying the Boeing 737 was mistaken for a "hostile plane."

Investigators are pursuing several possibilities, including engine failure, a missile strike or an act of terror.

More than 10,000 camels and feral horses being shot in South Australia

Thousands of camels and feral horses are being culled over a five-day period in drought-hit South Australia.

Both Canada and the United States called for a full investigation to determine the cause of Wednesday's crash.

Somali jihadists kill 3 Americans in attack on Kenya military base

Attackers breached heavy security at Camp Simba at dawn but were pushed back and four jihadists killed.

Modi has insisted that his government does not aim to marginalise Muslims with the new law.

Human-animal conflict highlighted again in drought-stricken Zambia as tourists left frozen in fear by three elephants raiding an open dining hall in a tourist lodge in search of food.

Trump visits troops in Afghanistan, says Taliban talks back on

On a brief visit to Bagram Airfield outside Kabul, Trump served turkey dinner to soldiers.

ISIS members irrespective of their original nationality might be facing execution by hanging soon.

British man jailed after fighting against ISIS forces in Syria

British citizen Aiden James has been given a jail sentence for training with the Kurdish YKK before fighting against the ISIS in Syria. 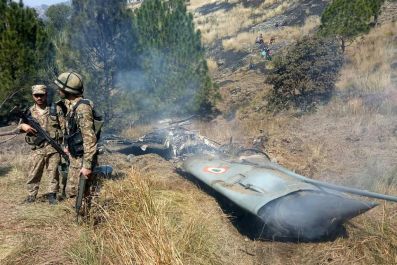