The history, future and where it all went wrong for the US military's F-35
By James Billingdon, Visuals: Daniele Palumbo

The F-35 is the most expensive weapon in US military history. The fifth-generation fighter jet heralds a new era for aerial warfare with its advanced radar-dodging stealth capabilities and a quantum leap in technological ability giving pilots futuristic 'X-ray vision' through the warplane.

It was supposed to be the answer for militaries across the world to future-proof their fleets but the beacon of hope for this do-it-all jet has flickered and faded with production years behind schedule, costs way over budget, dogged by design flaws and facing more flak than it'll likely ever see when it finally does go into service. 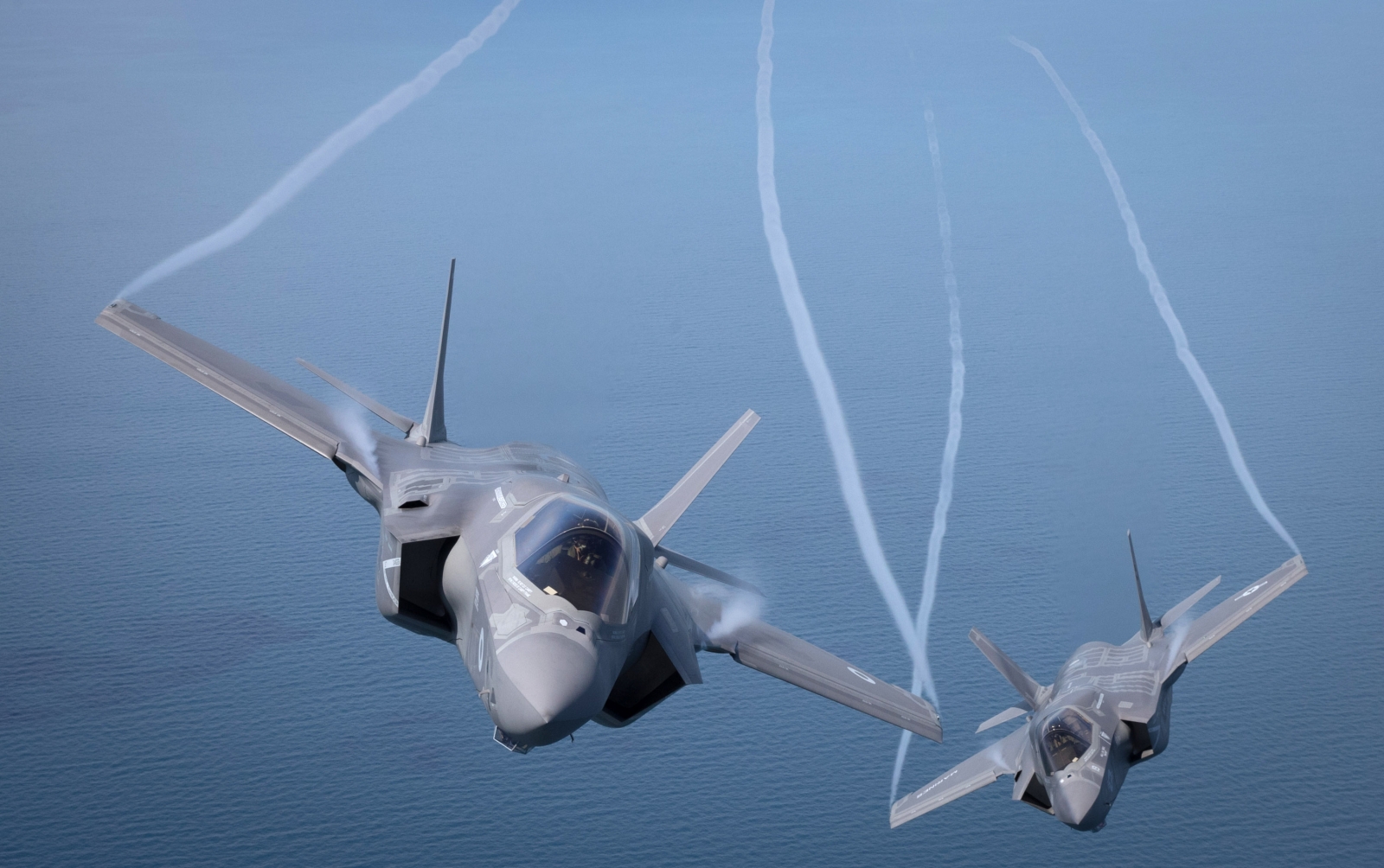 To solve the looming retirement of its ageing inventory of fourth-generation fighters – including the F-16, which has been flying since 1978 – the Pentagon decided it needed a single plane design that could satisfy the requirements of the Air Force, Navy and Marines – as well as be used by allied nations. On top of that it needed to be stealthy and be smart enough to make the generational jump. It was a tall order.

The task was set out in the form of a competition – the so-called 'Battle of the X-planes' – where Boeing and Lockheed Martin (the only two manufacturers to enter) faced-off with their X-32 and X-35, respectively.

With Lockheed Martin already having worked on design and technology elements for the would-be F-35 since 1993 it came as no surprise when, in 2001, the Pentagon announced that it had won the competition and the $19bn (£15bn) contract to build the Joint Strike Fighter (JSF) program for the F-35 Lightning II.

The JSF program would produce the F-35 in three variants: the conventional F-35A for the Air Force, the F-35B with a Short Takeoff / Vertical Landing (STOVL) for the Marines, and the F-35C for the Navy as it can be launched by an aircraft carrier's catapult and has folding wingtips to fit on board. All would have "70 to 90 percent commonality" – identical parts to be "affordable" by keeping costs down to maintain, repair and replace the whole line-up.

This warplane would wow top brass with its next-generation software to give pilots more information on mission status and flight data than ever before. The aircraft's 'brains' would stitch together a live video feed from six cameras on the outside, all fed to a visor display on a super advanced helmet so pilots could look through the plane at enemies and targets.

When Lockheed Martin popped the Champagne cork over the contract announcement back in 2001 it said the F-35 would be combat-ready by 2010. Today, the world is still waiting.

It's been a farcical comedy of errors to anyone looking-in at the F-35 program. While for those involved, working at ground zero of the project, it'll have been a testing, gravely demoralising time.

"This program was overly optimistic on design complexity and software complexity, and that resulted in overpromising and under delivering," Steve O'Bryan, Lockheed's VP for program integration, was quoted in a Vanity Fair article.

The big sell was its 'commonality', stealth and smarts. It was a design achievement met with high-fives and back slapping. However, they all would also prove to be cause of its downfall and something that has seen the program's original $200bn budget skyrocket to over $400bn (not to mention the trillion, yes trillion, dollars it'll cost to run over the course of 50 years).

Designing a fighter jet that appeases three different military corps is not as simple as it first appeared. The demand for STOVL from the marines meant that a large fan had to be engineered inside the body of the plane to not compromise its stealthy hull – so it kept a smooth, unbroken, undetectable outline. 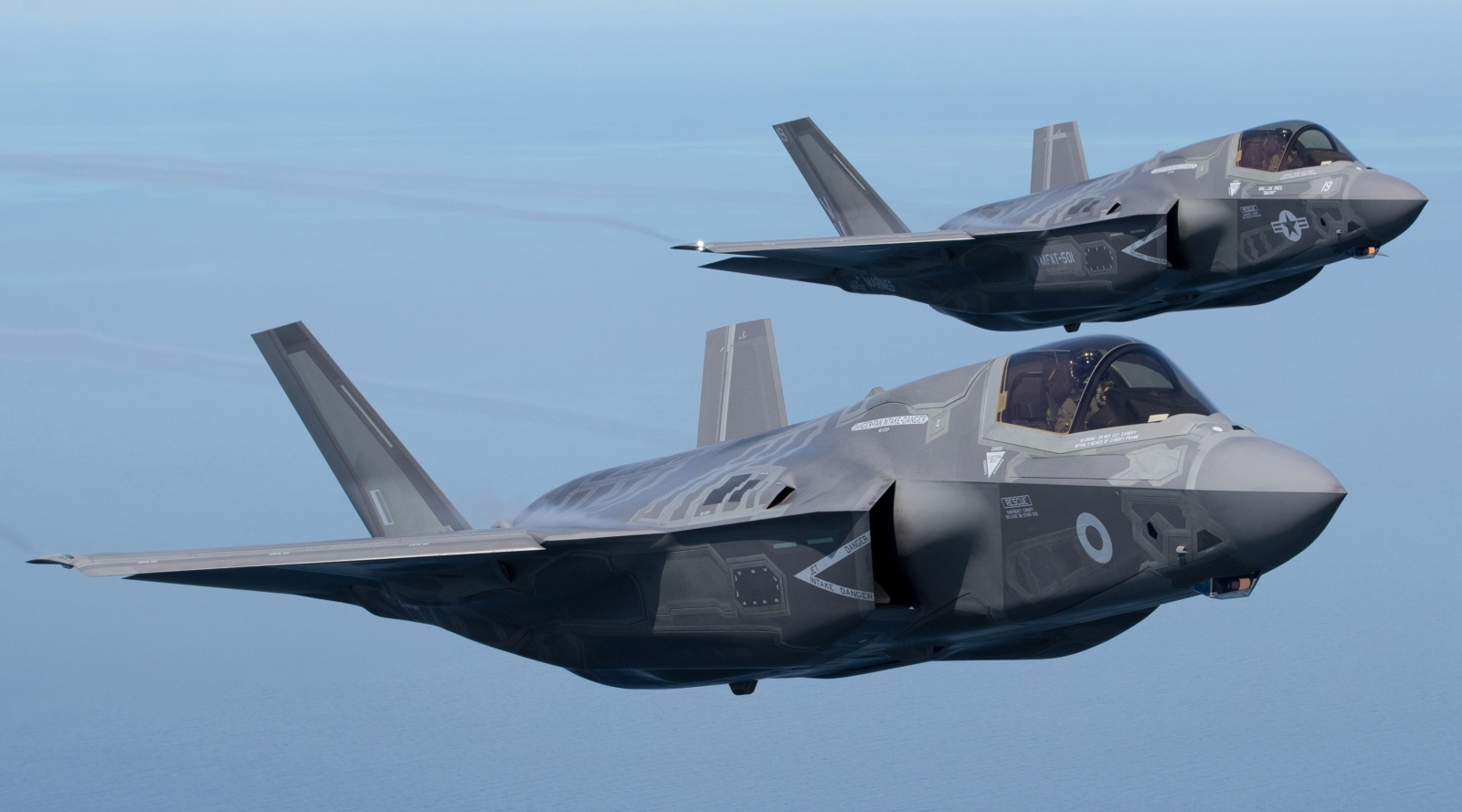 The big fan for the F-35B's vertical landing resulted in a heavier, slower, less agile plane than anticipated, and the knock-on effect for the other variants meant its centre line bay wasn't streamlined enough. It meant the decades older planes that it was replacing were not only faster but more agile.

The other problem encountered with 'commonality' was the fact that if an issue was found on any one variant of the F-35 it would then cause the grounding of the entire fleet – across Navy, Air Force and Marines. This is why today you're more likely to find roughly 25% common parts across the JSF rather than the optimistic "70 to 90%".

To achieve its stealth ability it also meant the F-35 cannot carry ordnance like missiles on its wings, instead it'd have to store them inside its hull. With the large fan taking up real estate it means it can't carry as much munitions as the older planes it was replacing. Lockheed Martin did a redesign to shed weight by replacing parts with thinner versions but the jinx of F-35 stuck again as a Pentagon report made claims it made the fighter less durable.

F-35 software is hard to bear

The sophisticated software that gives the F-35 its fifth-generation badge of honour has also been blighted with problems.

Bugs in the 8 million lines of code that it takes to programme the jet (that's more code than it takes to launch a space shuttle) have seen it have radar problems, inaccurate weapons firing, failure to tell pilots critical systems information, and a government report also claimed the whole Automatic Logistics Information System – described as the brains of the plane – was operating without a software backup, which could "take the entire fleet offline" if there was a failure.

Then there's that "magic" helmet. The $400,000 piece of kit has gone through three re-designs by its contractor Rockwell Collins in its lifetime. It was first discovered as a green glow emanating from the visor display which was 'blinding' pilots by its brightness, meaning they couldn't fly at night. The 360-degree camera feed of its Distributed Aperture System was blighted by lag and jittered; while information on the display couldn't be read if the jet wasn't flying smoothly.

It was also too heavy. At 2.3kg (5.1lbs) it meant even the ejector seat posed a major safety risk. It was revealed that the way pilots were ejected in the F-35 would lengthen the neck of pilots in such a way that it could kill or cause severe injury due to the force. Those who weighed under 61kg (136lbs) were temporarily banned from flying the F-35 until it was rectified. It was claimed the Pentagon had been in talks with BAE Systems to create an alternative version of the helmet, at a reportedly much cheaper rate.

The curse of the F-35 Lightning II irony then struck again when it was discovered that it could not fly anywhere near lightning. This was another fallout from replacing parts – in this case cable insulation – with lighter alternatives, which would reportedly burst into flames if hit.

All this just barely scratches the surface. We've not even gone into the embarrassment of how Chinese hackers allegedly managed to steal top secret design data to create its own knock-off version, the J-20, which reportedly outperforms and carries more weaponry than the F-35 by avoiding the design flaws (namely the vertical landing fan) that have dogged the program.

"The F-35 programme has gone through serious teething problems The biggest issue for the project continues to be the fact it is the most expensive military weapons system in history owing to the sheer scope of the programme but that being said, aircraft costs are now coming down and will soon be similar to the cost of many aircraft it's replacing," George Allison, editor of UK Defence Journal, told IBTimes UK.

As we enter its 16th year of production, many issues have been ironed out but the cost to fix them and the painstaking delays will always remain. The F-35 was actually set out to be an affordable fighter. Many have criticised the project management of the JSF program, particularly its cycle of: find fault, ground plane, fix, rinse and repeat. John McCain publicly described the delays as "a scandal and the cost of overruns have been disgraceful". Pentagon officials are probably painfully aware that, in comparison, the F-16 took just seven years to design, build, test and put into action – all at a cost of just $15m apiece. 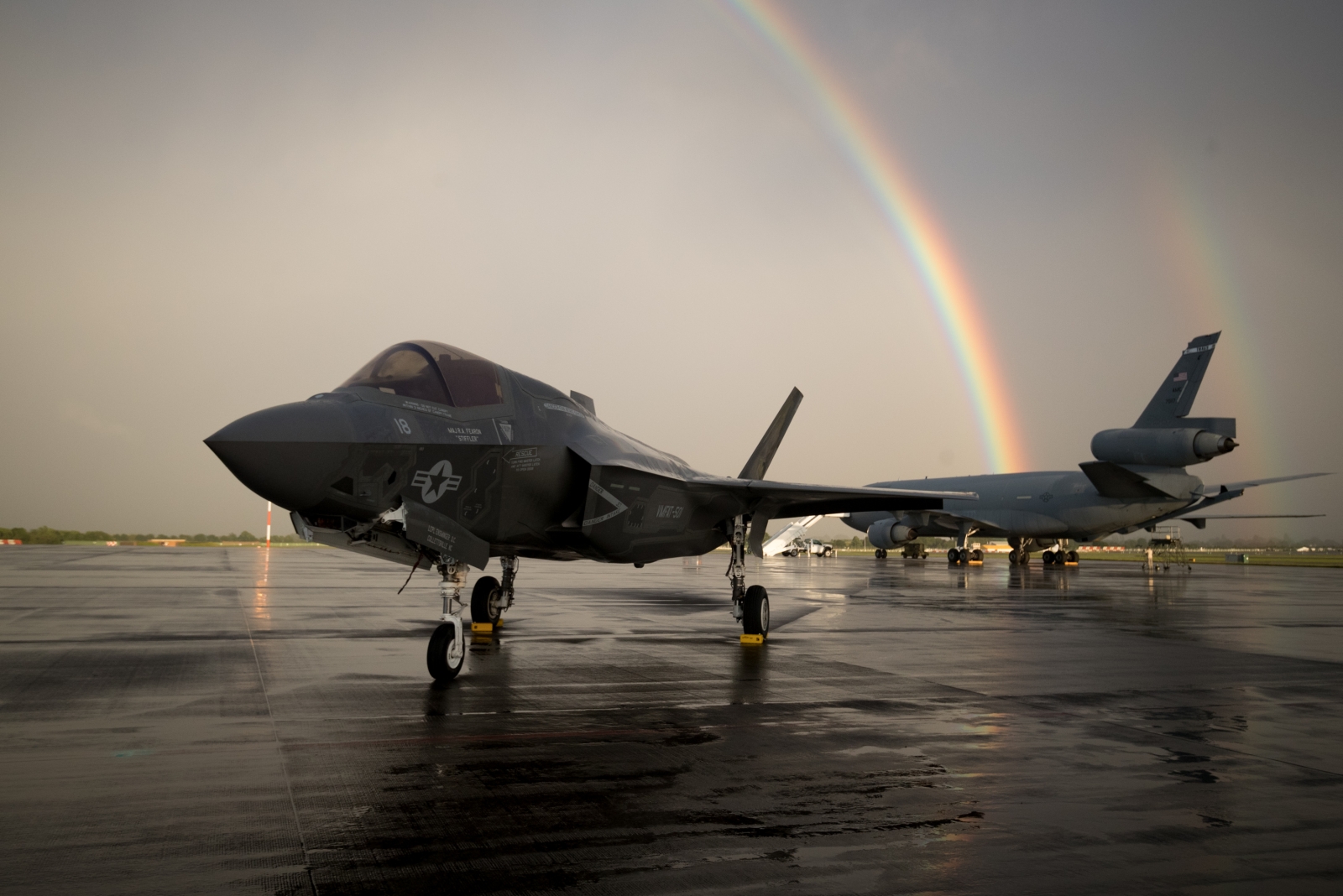 This figure pales in comparison to the F-35. The initial cost of each F-35 was supposed to be $81 but today estimates are ranging from just over $100m weaponry up to $160m as a results of the faults, redesigns and delays. It comes as no surprise then that Donald Trump vocally lambasted the cost of the JSF program on Twitter and gave Lockheed investors the willies by claiming he's asked Boeing to cost out a comparable F-18 Hornet. He's a businessman after all.

Thankfully for those involved with the F-35 he's not an aviation expert. The many that scoffed at the wild statement will tell you that you cannot make an F-18 Hornet stealthy and fifth-generation smart. You might be able to upgrade some of its software to make it 4.5 generation worthy but you cannot change its shape, which was never designed to be stealthy. Besides, dropping the JSF program altogether would be a political bombshell.

The Joint Strike fighter program has seen more twists, turns, ups and downs than an F-35 training exercise (you won't have to look far to find the accompanying vomit, either). The cost of the warfighters will eventually reduce, the bugs will eventually be squashed, the final blocks of software rolled out and the next-generation of jets will eventually be ready to fly. But will the Pentagon pull the ejector seat before then or has it sonic boomed past the point of no return?

As of February 2016 the F-35A was finally declared combat-ready and was deployed overseas on 18 January 2017. It looks like grey skies are clearing up and while there are reports of a replacement jet being sketched out, the F-35 is still seen as the future for the international militaries who have waited patiently for it. "The F-35 will drastically increase the situational awareness and combat capabilities of the forces with which it will deploy. It represents a fantastic way to enhance combat capability in any coalition or national effort. There is no denying that jet is overbudget and behind schedule compared to original estimates but an incredibly capable platform is emerging and one that I believe will shape the future of air combat," said Allison.