For UK Artist, The Key To Good Art Is A Typewriter

For UK artist, the key to good art is a typewriter

The legacy of renowned British-Iraqi architect, artist and designer Zaha Hadid to be honored in a stunning new exhibition at MAM Shanghai.

It took the conservator and his partner 11,000 hours of research, trying to establish the link of the painting to the great Venetian painter.

A radical thesis on the parallels between Andy Warhol's Factory and Lewis Carroll's Wonderland that has won the approval of academic experts on both artist and the author is to become the basis of an "entirely new genre" of art exhibition.

'Karen' masks rake in orders as scariest costume for Halloween 2020

The Karen face is contorted to depict a fit of rage topped off with a set of yellow-tinged teeth, blotchy skin and red eyes.

Changes did not deter buyer from spending £9.9m on Banksy's 'Devolved Parliament'

Banksy's painting "Devolved Parliament" sold for a record amount even though there were questions about the changes spotted in the painting.

There is a deep mystery surrounding King Tut's head bust as to how it went out of Egypt and ended up in Prince Wilhelm's antiques collections as claimed by Christie's Auction House.

How Britain can remain a soft power superpower after Brexit

The UK shouldn't underestimate the ability of its artistic and cultural material to have a powerful diplomatic effect.

Jeremy Walter has developed an incredible eye for minimalist architecture photography after spending nearly ten years photographing nothing but buildings. 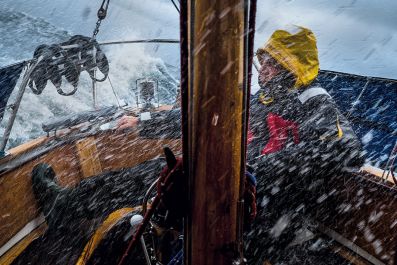 The Outdoor Photographer of the Year competition provides a powerful insight into the landscapes, wildlife and nature of the planet, and the adventures to be found on it.
Public toilets and private affairs: Why the history of gay cruising deserves an exhibition
Vote for the Wildlife Photographer of the Year People's Choice Award
Retrospective London exhibition for renowned photographer Elliott Erwitt, who turns 90 this year
150 years of powerful photos show how America was built on immigration
Help choose the winner of this eye-catching urban photography contest
Black Queens: Meet the woman behind a colouring book of diverse WoC
Saudi prince Mohammed Bin Salman 'is mystery buyer' of record-breaking $450m da Vinci painting
Lubaina Himid becomes the oldest winner and first black woman to win Turner Prize
Latest News
The Graphic City: The winner of the IBTimes UK minimalist architecture photography competition
Degas painting stolen 9 years ago turns up on a bus
Lovely picture of rescued gorilla wins Wildlife Photographer of the Year People's Choice Award
Underwater Photographer of the Year 2018 winners: Stunning sharks, shipwrecks and seahorses
Stunning new portraits of the Obamas have been unveiled
The Graphic City: A photography competition judged by Artificial Intelligence
Editor's pick