Former President Donald Trump's efforts to punish his perceived enemies will be tested in South Carolina on Tuesday as Republican U.S.

European Union financial services chief Mairead McGuinness on Tuesday urged the bloc's lawmakers to agree on bank capital rules to keep the sector resilient as it emerges from the pandemic and markets fragment due to war in Ukraine.

Many in attendance spoke of a massive surge in demand as countries ramp up production, both to send munitions to Ukraine and to beef up their own arsenals.

Concerts And Catwalks Return To Venezuela, But Only For Those With Cash

Venezuelan pop and reggaeton fans able to pay the equivalent of the country's monthly minimum wage for a concert ticket are filling venues for the first time in over seven years to see their favorite national and international artists.

The second hearing of the congressional committee investigating the Jan.

The Penuelas reservoir in central Chile was until twenty years ago the main source of water for the city of Valparaiso, holding enough water for 38,000 Olympic-size swimming pools.

U.S. Defense Secretary Lloyd Austin said on Monday that his meeting with China's defense minister was an important step in efforts to develop lines of communication between the two militaries. 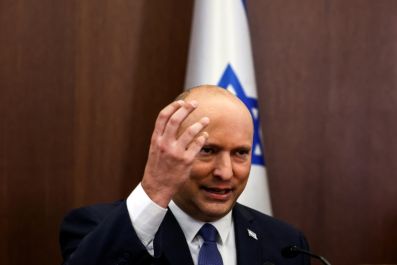