Russia is embarrassed after publishing an image it claimed was "irrefutable evidence" of US collaboration with Isis, which turned out to be a screenshot taken from a video game.

A North Korean soldier was shot in the elbow and shoulder by his fellow troops as he defected to South Korea through the demilitarised zone on Monday (13 November).

A report by the Myanmar army says it is not to blame for the Rohingya crisis as international pressure builds over what has been termed the genocide of the Muslim people.

Armed police stormed a shopping centre in Birmingham on Sunday night (12 November) as part of a training exercise against a potential terrorist attack.

Womanising Australian 'Dr. Jihad' was unhappy with Isis' treatment of animals and orphans

Green Beret Logan Melgar, who died in mysterious circumstances while on assignment in Mali, had reportedly declined to accept illicit money from SEALs before his death. 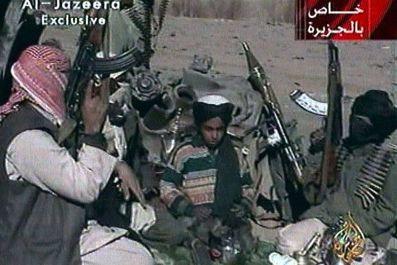 Son of terrorist Osama bin Laden has made once again headlines after he called on fellow Muslims around the world to avenge his father's death and rise against the West.
Little faith that Sri Lanka will deliver justice for Tamils 'tortured and raped by army and police'
Hamza bin Laden's call for revenge over father's death is 'well-timed' for Al-Qaeda's comeback
Watch the 'Iron Man' jet pack that flies at 30mph and has the British and US military excited
UK arms sales to Saudi Arabia surged by almost 500% since start of Yemen War
Isis claims responsibility for attack on Shamshad TV station in Kabul
Kidnapped British missionary Ian Squire killed by suspected Niger Delta militants
Male rape in Libya: Militias use rocket launchers and broom handles to torture prisoners
More than 1.25 million people face starvation in war-torn South Sudan
More than 100 Syrian refugees fleeing Isis killed in truck bombing
Latest News
US carried out three drone strikes against al-Shabaab and Isis targets in Somalia in one day
Iraq discovers Isis mass graves with up to 400 victims 'shot dead or set on fire with oil'
Isis leader Abu Bakr al-Baghdadi seen in Syria - What does it mean for the group?
Thousands pay homage to British filmmaker and 'exceptional revolutionary' killed by Isis in Raqqa
Editor's pick