55-year-old Pavlína Pořízková proved that "sexy has no expiration date" with a photo of herself.

The first instalment of the athleisure line which was launched nine months ago had also sold out almost immediately.

Katy Perry would have worn this outfit to 2020 Met Gala

The 2020 Met Gala, themed "About Time: Fashion and Duration," was scheduled to be held on May 4.

Perry who is expecting her first child with fiance Orlando Bloom, also opened up to her fellow judges about dealing with her pregnancy amid the pandemic.

Met Gala, the annual fashion party in New York which benefits the Metropolitan Museum of Art's Costume Institute, will not take place as scheduled on May 4.

The 20-year-old made sure to show support to his mother ahead of her big day, by sharing a lovely throwback photograph of them.

The pop-star who has established herself as a fashion mogul opted for a short stunning dress for her red carpet appearance at the award show.

Dreaming of a sparkler like Amal Clooney's emerald-cut engagement ring? Get it for much less!

Check out some timeless and classic diamond rings like Amal Clooney's that won't burn a hole in your wallet.

Prince Harry and Meghan Markle's third royal nanny was spotted with them on their private jet during their Nice vacation. 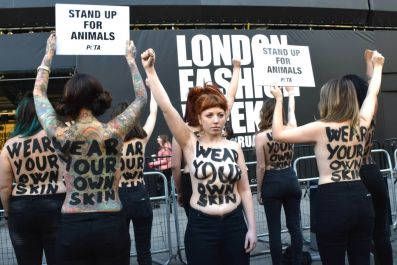