How Credible Are Ukraine's Battlefield Statistics?

How credible are Ukraine's battlefield statistics?

The drought in Italy has become so intense that a World War II-era shipwreck that had submerged in the Po River decades ago has now resurfaced.

A dozen European Union countries have now been affected by cuts to gas supply from Russia, EU climate policy chief Frans Timmermans said on Thursday, as the bloc faces a deepening energy standoff with Moscow.

The body of software entrepreneur John McAfee remains in a Spanish morgue a year after his death as a legal case lodged by his family to demand further checks is yet to be resolved, authorities and his lawyer said.

Indonesia's central bank left interest rates at a record low on Thursday, saying it was monitoring risks from rising inflation while downplaying recent pressure on the rupiah currency.

Major U.S. oil refiners will meet with U.S. Energy Secretary Jennifer Granholm and other Biden officials on Thursday in an emergency meeting about how to lower record-high fuel prices that are squeezing American consumers.

The Experiences That Led These U.S. Abortion Opponents To Activism

For a Mississippi doctor, it was a glimpse of a fetal arm.

Abril, a 22-year-old college student, has a plan if Roe v. 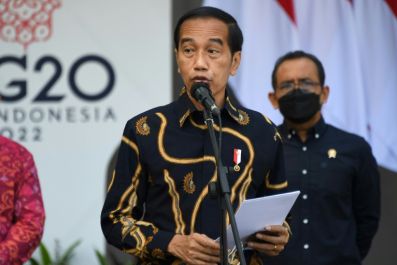