Russian bear vs the British lion: The Kremlin hits back over the Sergei Skripal nerve agent murder bid

Russian news agencies, controlled by the Kremlin, have denounced accusations by members of the UK government.

North Korea is 'willing to give up nuclear weapons', Kim Jong-un tells South

Sexual violence against men and boys is a "serious blind spot" in Central African Republic (CAR) say researchers at All Survivors Project after documenting gang rape in war zone.

It is the first time that South Korean officials have met with Kim since he came to power in 2011.

Terror nightmare: ISIS trying to cook up ricin and anthrax in UK lab

Security chiefs fear Isis extremists in the UK are trying to develop bio weapons, and the country is not prepared to tackle the aftermath.

A former teacher of the Lantern of Knowledge School in Leyton has been found guilty of trying to recruit children as young as 11 into Isis-style terrorism.

Was he targeting Donald Trump's Mar-a-Lago resort in Florida?

Sally Jones, a former punk rocker, from Kent, who married fellow jihadist Junaid Hussain, was thought to have died in a drone strike in Syria, along with her son JoJo, 12.

Russia says that military engineers have reportedly developed a plane-mounted laser that could be used in the event of a space war, which is feared by one US air force general. 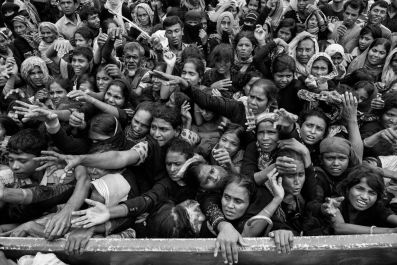 Bulldozers sent in to destroy homes of Muslims who were ethnically cleansed.
Saudi Arabia faces 'humiliation' in Yemen says ex-Tory Cabinet minister Andrew Mitchell
Who is Kim Yong Chol? North Korean general blamed for sinking of South Korean warship
Britain's pathetic politicians are drowning in the blood of tortured Syria
Fears grow for 50 young women missing in northern Nigeria after Boko Haram attack
Russia's wonder weapon the Armata T-14 tank misfires badly
'This could be the massacre of the century' - 50 children among 250 killed in brutal Syrian forces bombardment
Iran threatens to 'level Tel Aviv to the ground' if Israel launches strike against it
German teen Isis bride gets six years in Iraqi jail after running away at 15
Latest News
Syria aid scandal: 13-year-old girls forced to trade sex for bread
Russian state television airs shooter game footage to depict military action in Syria
European borders facing threat of female jihadis and their children returning from war zones
Erdogan slammed for telling sobbing girl she will be an honoured martyr if killed in Syria
Damascus accused of launching deadly chlorine gas attack in Ghouta after UN ceasefire fails
Are we heading towards doomsday? Scientist suggests risk of a major war could be higher than believed
Editor's pick