Texas shooter texted friend about his plans minutes before the carnage

The Texas shooter, Salvador Ramos, had told a German girl that he had shot his grandmother and will now "shoot up a elementary school."

Fake doctor gets life in prison for patient deaths in Germany

A German court has sentenced a woman to life in prison for posing as a doctor and causing the death of three patients as a result of treatment errors.

Imran Ahmad Khan, a former Tory MP for Wakefield, has been sentenced to 18 months in prison for sexually assaulting a 15-year-old boy in 2008.

Two Pakistani-origin Spanish sisters were allegedly murdered by their in-laws after they refused to help their husbands move to Spain.

A senior Conservative MP has been accused of spiking the drinks of four men, including two MPs, with date-rape drugs.

A Muslim school teacher in the Indian state of Assam was arrested for allegedly carrying beef to school in her lunch box. 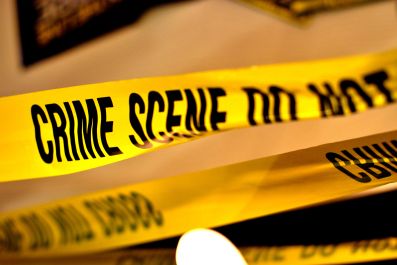 A 40-year-old man from Blurton stole from his own family to fund his alcohol addiction. Such was his craving for alcohol that he did not even spare his grandmother's wedding ring.
Dog saves 2-year-old by biting kidnapper's leg
US: Hospital staffer charged with murder 20 years after patient's death
Diver's body found floating with cocaine worth £11m in Australia
Mother admits to killing her three children: Report
British YouTuber denies reports of getting arrested at Russian space center
Two men stabbed to death, suspect claimed they 'had button to an atomic bomb'
Alabama prison guard sold home before disappearing with inmate
Man shoots son with airgun, stabs and smothers him to death to 'get back at his ex'
13-year-old girl reports rape, ends up getting raped again by police officer
Latest News
Tory MP arrested on suspicion of rape, barred from Commons
British grandmother on death row awaits execution in Indonesia
TikTok faces lawsuit after 10-year-old girl dies in 'blackout' challenge
Man stabs his ex 31 times in front of their son, gets 24 years in jail
Editor's pick