Photographers around the world are invited to submit their work in any or all of four categories: Wildlife, Landscape, Underwater and Aerial.

In a new survey, beef bourguignon was voted as the most representative dish of French cuisine. Steak frites came in third, with lots of meaty meals making up the top 10.

AFP photographer Fred Dufour took a closer look at the Tianjin Binhai library and discovered that the rows of book spines are just images printed on the backs of shelves.

In 1991, Danish photographer Krass Clement spent three months in Ireland, capturing melancholic, monochromatic photos that take us on a journey through deserted streets on the outskirts of Dublin.

The painting was originally commissioned by Louis XII of France and made history recently when it became the most expensive work of art ever sold at auction.

Ferrari Under the Skin: Cars worth £140 million on show at Design Museum in London

Ferraris worth £140 million ($184m) are on show at Ferrari: Under the Skin, an exhibition at London's Design Museum to mark the 70th anniversary of the automotive marque. 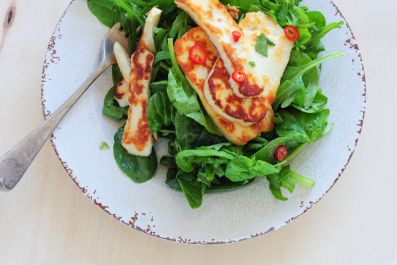 Halloumi, the salty Cypriot cheese, has hijacked our tastebuds over the past few years. Here are some ways to eat it other than just slapping it in a wrap.
6 hair-raising facts about Bram Stoker on the 170th anniversary of his birth
Lewes Bonfire society to ditch 'Zulu' face paint: The groups that claim blacking up isn't racist
Nancy Friday: The pioneering writer who shared women's sexual fantasies in My Secret Garden
From biryani to butter chicken - what should be India's national dish?
I See a City: Todd Webb's evocative photographs of New York immediately after World War Two
Wild India: Axel Gomille photographs the subcontinent's extraordinary wildlife in stunning new book
Quiz: Do you know which novels these quotes are from?
Art on a Postcard Secret Auction 2017: Can you spot the ones by world-renowned artists?
You should never serve an Italian pineapple on a pizza - this video shows why
Latest News
LA NY: Dazzling aerial photographs of Los Angeles and New York, by Jeffrey Milstein
The day Walt Disney became a FBI informant
Age Against the Machine: The club night where young people are banned
Why Hitler and Napoleon are partly to blame for your addiction to Nutella
Editor's pick