Election 2017: Where do the main parties stand on 4G, 5G and broadband?

Pledges made by the Conservatives, Labour and the Liberal Democrats for connectivity.

Bitcoin Pizza Day: The story behind how a $25 takeaway appreciated to $20m

Drowning in worth bitcoins, Laszlo Hanyecz gave away 10,000 for two pizzas – they are now worth $20m.

The new law will make it illegal for anyone to subject a child to cyber harassment.

The online Lorenz machine allows users to try out a replica of the cipher system used by Hitler.

Beware: Do not click on this fake WhatsApp link that promises to change background colour

It urges users to install an unwanted adware on their systems.

Has North Korea resumed sending coded messages to its spies across the border amid WW3 fears? 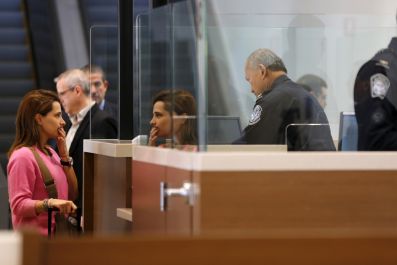 The proposed changes come as part of President Trump's push toward 'extreme vetting' of immigrants.
SpaceX plans to launch its own internet-providing satellite system in 2019
Recruitment and technology: The importance of an industry keeping up with the times
YouTube's desktop site gets Material Design and dark theme
Which UK cities have the best 4G networks? Worst coverage areas outed as 5G looms
Three could be the first mobile operator to launch a 5G network in the UK
Dubai becomes first city in the world to get its own Microsoft font
Move over Wikipedia, China is embarking on its own rival online encyclopaedia
Wikipedia blocked in Turkey says internet monitoring group
Latest News
How a 2011 water leak almost killed billion-dollar Silk Road drug site before it even launched
Anonymous warns everyone to prepare for 'fierce and brutal' World War 3
Internet vs booze: Brits reveal they would rather give up alcohol than go offline
One in five Australians have been victims of revenge porn, study finds
Wikipedia's villain page edited to show Paul Ryan's picture and Twitter can't get enough of it
Unsuspecting Canadians are live online thanks to surveillance cam security flaws
Editor's pick