The violence has also spread into neighbouring Niger, Chad and Cameroon, prompting a regional military coalition to fight the militants.

The assassination of Fakhrizadeh is the latest in a series of killings of nuclear scientists in Iran.

From 40 veterans in 2019, at least 56 veterans committed suicide this year alone. The most recent suicide took place last Thursday.

After the peace accord was signed last week, Russian President Vladimir Putin said total fatalities that include dozens of civilians had surpassed 4,000 people.

A years-long internal investigation into military misconduct was released Thursday.

Israel has carried out hundreds of air and missile strikes on Syria since the civil war broke out in 2011.

The battle took place near Niaki, 180 kilometres (110 miles) east of central town Mopti, the armed forces said in a statement.

Russia and Azerbaijan's ally Turkey would be involved in implementing the ceasefire.

Several attempts by Russia, France and the United States have failed to achieve a ceasefire.

The measures include a curfew, restrictions on travel and the closure of schools and non-essential shops.

Dubbed Task Force Takuba, the new joint deployment marks a coup for France, which has sought partners in its long fight against Islamist militants in Africa's vast Sahel region. 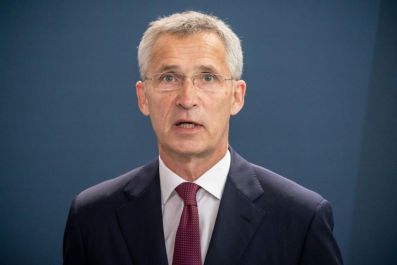