Hyundai execs 'agonising' whether to build Apple Car or not

An unnamed Hyundai executive expressed concerns that the carmaker would end up becoming a contract manufacturer for the U.S. tech titan.

Body-shamers will receive an initial warning and if the behaviour persists, they will be banned from the app.

AOC called for a House Financial Services Committee hearing against Robinhood, which abruptly decided to halt trading the GameStop stock.

CD PROJEKT RED deemed the mod harmful and offensive to Keanu Reeves who agreed to lend his voice to "Cyberpunk 2077."

The Beijing-based tech company has not yet revealed how many of its 2,000 employees in India will be laid off.

The hackers claim that the bot can access 533 million Facebook users located in different countries in the world.

Google to convert some offices into COVID-19 vaccination sites

The tech giant will be providing more than $150 million to be used to promote vaccine education and equitable distribution.

The company has around 10,000 grocery store workers and is firing almost 2,000 of them.

The game developer's idea of relentless tweeting was the key to getting the world's richest man to notice him.

The system is so smart that it can even determine whether a tourist is walking or running while in Venice.

Samsung launches 'object eraser' that removes photobombers from your photos

With the One UI3 feature of Samsung, one can remove people in the background with just a single tap on the screen. 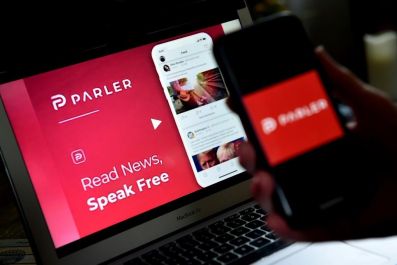