Afghan President Ashraf Ghani voiced guarded hopes for negotiations that his government has opened with the Taliban to end two decades of war.

An Egyptian delegation had been shuttling between the two sides to try to broker the renewal of an informal truce.

A military accord between the two prohibits the use of firearms on the border.

EasyJet sued for £15k by British-Israeli woman after being asked to move seats for Orthodox Jews.

Trump's executive order against WeChat forces the platform to end all operations in the United States.

Demonstrators are expected on the streets of Washington for a march to mark the date of civil rights leader Martin Luther King's historic speech.

US President Donald Trump announced he was deploying federal law enforcement and national guard troops to Kenosha "to restore law and order."

Israel has bombed Gaza almost every night since August 6 in retaliation for the balloons or, less frequently, rocket fire, from across the border.

Roma and Sinti minority groups demanded for the renaming of the "Gypsy" sauce as it is not even part of gypsy traditional cuisine.

260 Chinese fishing vessels were spotted trawling the international waters off the coast of the Galapagos Islands. 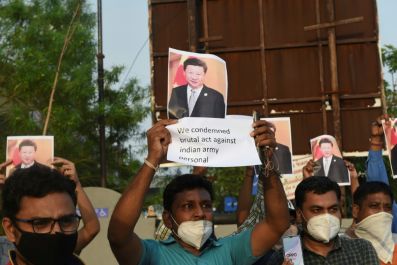