Zaha Hadid has died: Some of the beautiful buildings designed by renowned Iraqi-British architect

Hadid has died at the age of 65 in Miami, after a heart attack.

Eiffel Tower 129th Anniversary: 37 photos of one of the world most iconic monuments

The tower opened on 31 March 1889, in time for the Exposition Universelle, of which the Eiffel Tower was the entrance.

The best new science books on everything from detecting gravitational waves to an enzyme offering immortality.

Tunick is seeking volunteers to get naked to create an image known as the 'Sea of Hull.'

Tucked snugly behind the Park Tower hotel, One-O-One is a seafoodie's haven

Lego has teamed up to create 18 minifigures including Mickey Mouse, Donald Duck, Alice and Maleficent.

Photographer Colin Garrett has shared his unique series of photographs of scarecrows that he took during his travels in the 1980s.

The ad was released by Tesco Lotus, the Thai offshoot of the British supermarket chain.

The winners of the Open and Youth sections of the 2016 Sony World Photography Awards have been announced.

Easter Monday 2016: Hot Cross Fun with delicious ways to use up left over hot cross buns

Perk up regular snacks and desserts with hot cross buns and try out some of these hot cross recipe hacks.

The exhibition at the Museum of Fine Arts in Boston features creations by 11 Asian artists. 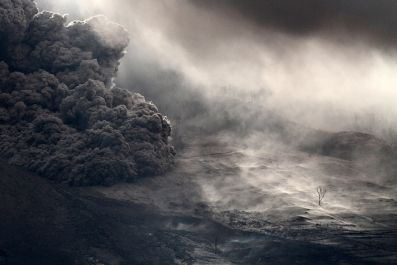